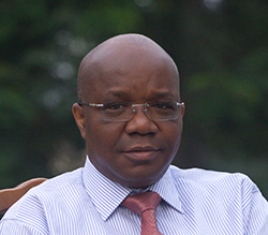 Royal Dutch Shell has said that oil theft in the Niger Delta, Nigeria, is costing the country billions of dollars a year in lost revenue, as well as putting tremendous pressure on Shell’s Nigeria staff.

The company also said that an increasing number of thefts are significantly impacting the environment.

Shells’s Nigerian unit, Shell Petroleum Development Company (SPDC), experienced 137 spills due to sabotage and theft in 2012. The volume of oil lost is about 3,300t.

The SPDC has replaced about 500km of pipeline in the last three years, with plans to replace more of the infrastructure.

"This was an increase in both volume and numbers from 2011, as the scale of oil theft in Nigeria reached unprecedented levels," Shell said in its sustainability report.

In 2012, two contractors working for the SPDC were killed after an armed attack during the assessment of remediation of an oil spill site.

"Where possible, we are taking steps to make it more difficult for the thieves to tap into and steal oil from our pipelines," Sunmonu added.

Onshore production was reduced to 20%, as a result of pipeline shut downs due to oil theft.

The company has urged the Nigerian and international governments, as well as local communities, to take immediate and necessary steps to stop oil theft in the Niger Delta.