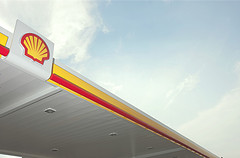 Royal Dutch Shell has set out a strategic plan to deliver sustainable growth in the coming years with higher exploration investments and start-up of new projects.

The Anglo-Dutch energy company has outlined an aggressive long-term growth strategy, targeting a net capital investment of approximately $30bn in 2012.

Shell CEO Peter Voser said: "Shell’s strategy is innovative and competitive. Our improving financial position creates an opportunity to increase both our dividends and investment levels."

He added: "Shell’s investment programmes create cashflow growth, which in turn funds our dividends. All of this is supported by efficiency gains from our continuous improvement programmes, where the opportunity set runs to billions of dollars for Shell."

About 80% of this investment will be spent on upstream operations in order to increase oil and gas production.

The company expects about 250,000 barrels of oil per day of asset sales and licence expires over the 2012-2017 timeframe.

In line with this, oil and gas production will average about four million barrels of oil equivalent per day in 2017-2018, an increase of 25% from the 2011 levels of 3.2 million barrels a day.

The company has recently reported a rise in full-year profits for 2011 on the back of higher oil prices, in spite of a loss in its downstream division in the fourth quarter of 2011.

Caption: Shell expects oil and gas production to average about four million barrels of oil equivalent per day in 2017-2018. Image courtesy of Shell.