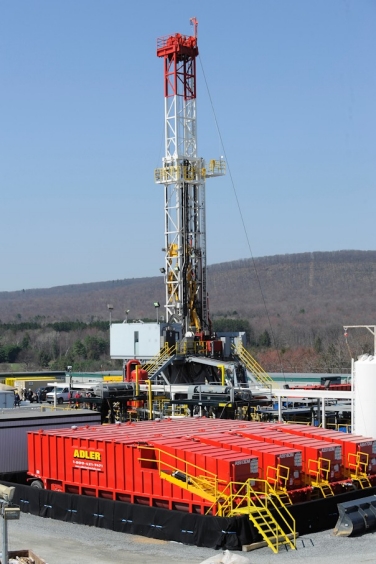 The discovery wells, Gee and Neal, are located in an area where Shell leases around 430,000 acres.

The Gee well was producing 11.2 million cubic feet of gas a day when output started a year ago.

The Neal well had a peak in daily production of 26.5 million cubic feet of natural gas after drilling ended in February 2014.

Shell said both the wells extend the sweet spot of the Utica formation beyond south-east Ohio and western Pennsylvania, where previous discoveries have been located.

"Last year, we refocused our resources plays strategy to select fewer plays with specific scale and economic characteristics to best suit our portfolio.

"The Appalachian basin is one of those areas and these two high-pressure wells both exhibit exceptional reservoir quality."

Four additional wells drilled by Shell in Tioga County are expected to start production later in 2014.

Shell unveiled a restructuring of its North American onshore portfolio earlier in 2014.

"This successful discovery is the result of solid technical work in our onshore business."

The Haynesville asset includes 107,000 net acres in north Louisiana and the field’s production reached 700 million standard cubic feet per day as of 1 July.