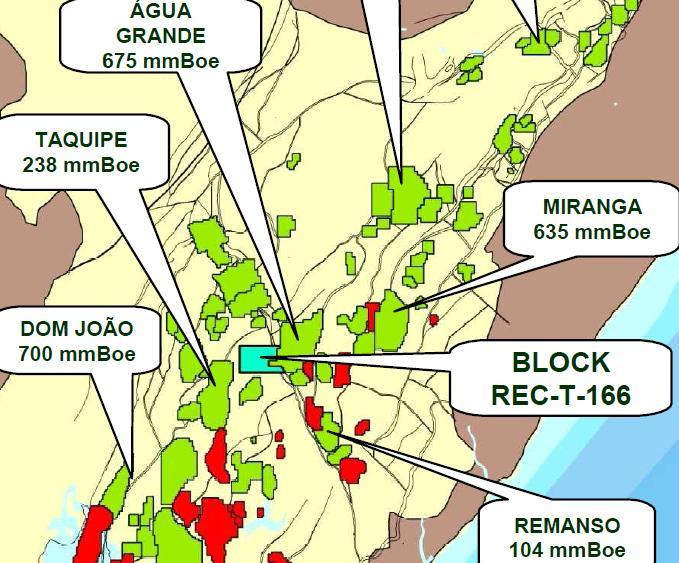 Sonangol Starfish Oil & Gas, a unit of Angola’s state-owned oil company Sonangol, has started drilling operations on an exploration well in the Reconcavo Basin in Brazil.

The 1-MAC-1-BA exploration well on the REC-T-166 block targets the Macauba prospect and is being drilled to a total depth of 2,500m. Pangea, an associated company of Sonangol Starfish, is carrying out the drilling operations.

The well will explore four targets in the Macauba prospect, with total estimated recoverable resources of between three million and six million barrels of oil equivalent.

Sonangol Starfish is operator of REC-T-166 with a 40% working interest, while Agua Grande Exploracao e Producao de Petroleo, the Brazilian subsidiary of Brookwater Ventures, and Somoil Internacional de Petroleo do Brasil each hold a 30% interest. According to Canada-based Brookwater Ventures, several low-risk exploration targets were discovered during 3D seismic surveys across the block.

The Reconcavo Basin, a light oil-rich mature basin, is said to be the first oil-producing province in Brazil, with a production of more than 60,000bopd. According to Brookwater Ventures, the basin has significant potential for new discoveries and it has been a prolific producer with cumulative production of about 1.5 billion barrels of oil and 400 million boe of natural gas since the first discovery in the early 1940s.

Image: The REC-T-166 block well is being drilled to a total depth of 2,500m, targeting the Macauba prospect. Photo: Brookwater.