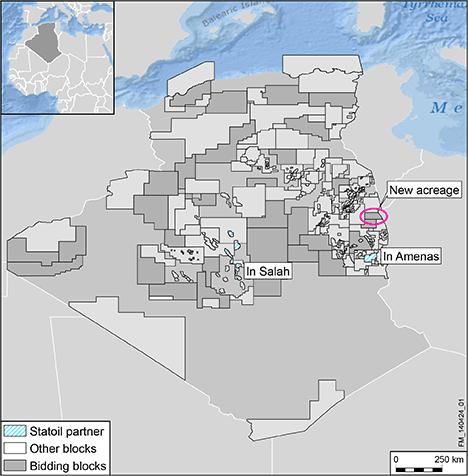 Located in southeastern Algeria, the licence covers a 2730km² area.

Statoil will operate the licence with 30% stake while Shell will own 19% interest and the remaining equity will be held by Sonatrach.

Statoil said the award represents an opportunity to identify a potentially large shale resource play in line with its exploration strategy of early access at scale and expanding core positions.

The new licence allows Statoil to be able to expand its presence in the country by the addition of acreage with material exploration potential.

It is expected to become an important part of the country’s gas exports to Europe in the future.

The award is part of the Algerian Ministry of Energy and Mines, and National Agency for Hydrocarbon Resources Valorisation’s fourth international bid round that was introduced in January 2014.

"Statoil is entering this shale play to test the prospectivity and commerciality through a step-wise approach."

"The first exploration phase is expected to last up to 2017 and include the drilling of two wells and seismic acquisition."

Statoil along with its joint venture partners has unveiled plans in September 2014 to restart ordinary operations at the In Amenas plant, after the attack.