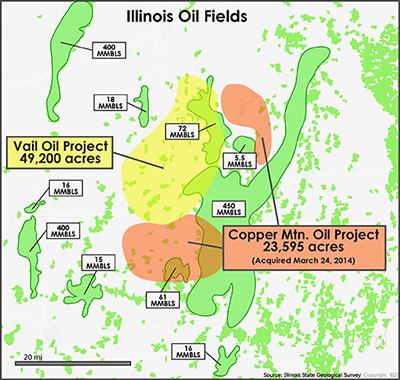 US-based oil and gas exploration and development company Strata-X Energy will acquire 23,595 acres of production and exploration assets in the Illinois basin, US for $2.25m.

Post-acquisition, the company now owns a 100% net working interest in oil and gas exploration rights covering the Vail and Copper Mountain oil projects in around 72,000 net acres of the Illinois basin.

The acreage position assembled by Strata-X is located within a 20-mile radius of oil fields that have produced over 1.5 billion barrels of oil from a multitude of producing formations, most of which are prospective under the company’s acreage.

The acquisition includes a producing horizontal well which has an estimated net present value of approximately $1.7m, which was confirmed by a qualified third party reserve analyst.

Over four billion barrels of light oil from multiple formations have been produced in total from the Illinois basin.