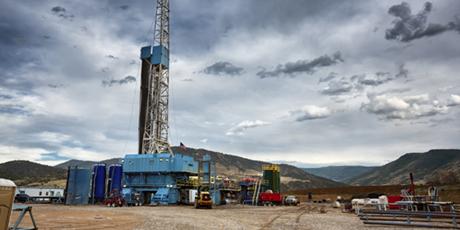 A group of UK legislators have proposed a moratorium on shale gas fracking in the country, saying that there are huge uncertainties about its impact on water supplies, air quality and public health.

The UK Parliament’s Environmental Audit Committee in its report said that the hydraulic fracturing for shale gas is ‘incompatible’ with targets to fight climate change and could pose significant localised environmental risks to public health.

"There are also huge uncertainties around the impact that fracking could have on water supplies, air quality and public health."

"We cannot allow Britain’s national parks and areas of outstanding natural beauty to be developed into oil and gas fields. Even if a national moratorium on shale drilling in the UK is not accepted, there should be an outright ban on fracking in such special sites."

"We cannot allow Britain’s national parks and areas of outstanding natural beauty to be developed into oil and gas fields."

"The government is trying to rush through changes to the trespass laws that would allow companies to frack under people’s homes without permission."

The UK Government is looking to develop shale gas fields similar to the US, amid declining domestic natural gas production offshore in the North Sea is declining and the country is depending on imports to meet the shortage, according to Wall Street Journal.

The country is planning to cut greenhouse gas emissions by at least 80% by 2050 by reducing its dependence on fossil fuels.

In its report, the committee said: "Any large-scale extraction of shale gas in the UK is likely to be at least ten to 15 years away. It is also unlikely to be able to compete against the extensive renewable energy sector we should have by 2025-30 unless developed at a significant scale."

"A moratorium on the extraction of unconventional gas through fracking is needed to avoid the UK’s carbon budgets being breached in the 2020s and beyond, and the international credibility of the UK in tackling climate change being critically weakened, already a prospect if the provisions in the Infrastructure Bill aimed at maximising North Sea oil extraction are passed."