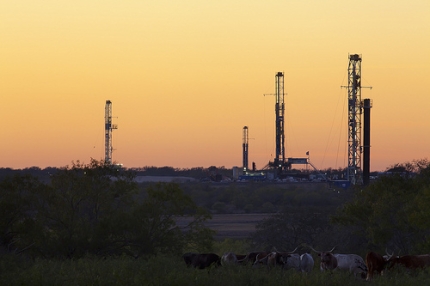 The US Environmental Protection Agency (EPA) has released new standards to address air pollution from the fracking technique used to drill natural gas.

The long-anticipated rules, finalised in response to a court deadline, will cover an estimated 13,000 new and existing natural gas wells that are fractured or re-fractured each year.

The new regulations would limit emission of volatile organic compounds, which lead to smog formation and air toxics, including benzene, hexane and methane, the primary constituent of natural gas.

As per the rules, all oil and gas companies will be required to use green completions technologies by 2015 and until then they must either flare their emissions or use emissions reduction technologies that are already widely deployed at wells.

Lisa P. Jackson, EPA administrator, said the US president has been clear that he wants to continue to expand production of important domestic resources like natural gas and today’s standard supports that goal.

"By ensuring the capture of gases that were previously released to pollute our air and threaten our climate, these updated standards will not only protect our health, but also lead to more products for fuel suppliers to bring to market," added Jackson.

EPA expects the technologies will cut 95% of the harmful emissions from the natural gas drilling wells and also enable companies to collect additional natural gas.

The agency noted the rules will save between $11m and $19m for the industry each year and will aim to address much of the air pollution at gas sites that escapes the well when natural gas is produced.

The rules also address emissions from storage tanks and other equipment.