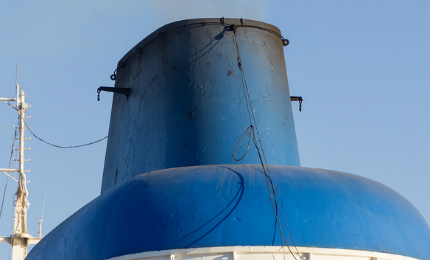 Premier Chemicals is a global supplier of AUS 40 grade marine urea for use in marine SCR systems.

With diesel engine marine vessels contributing significantly to environmental pollution, the use of NOx Emissions Control Systems such as selective catalytic reduction (SCR) are becoming more and more important for improvements to air quality.

AUS 40 grade marine urea is a NOx reduction agent that has been specifically developed for use with SCR systems in marine applications.

Marine urea that meets the AUS 40 grade is manufactured to rigorous quality standards specified by ISO 18611-1:2014, and will aid the longevity of the catalyst in the SCR system.

IMO Tier III Regulations will come into force in 2016. The regulations mean that Tier III standards must be met for marine vessels constructed after 1 January 2016 and which will be operated within IMO emission control areas (ECA’s). Premier Chemicals’ AUS 40 Grade Marine Urea ensure SCR systems operate efficiently and effectively to meet these new regulations.