3.58 million tonnes of oil per annum

7.5 million tonnes of oil per annum 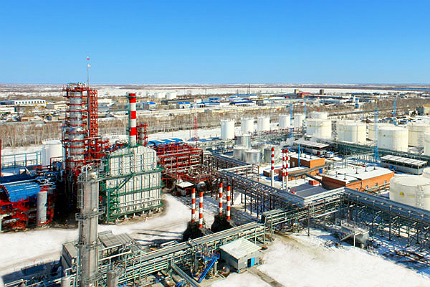 The project activities spanning from 2011-2015 are estimated to involve approximately $1.7bn to $1.8bn of investment.

"The project activities spanning from 2011-2015 are estimated to involve approximately $1.7bn to $1.8bn of investment."

The first phase of the construction of the Antipinsky refinery was officially commissioned in November 2006 with an initial refining capacity of 400,000t of oil per annum. The capacity was increased to 740,000 tonnes per annum (tpa) following a modernisation project in 2008.

The second phase became operational in May 2010, increasing the refinery’s capacity to 2.75 million tpa. A modernisation project completed in November 2012 further increased the refining capacity to 3.58 million tpa.

The refinery is strategically located in an industrial area in the south-eastern part of the city of Tyumen in Russia. The refinery is accessible by both railway and road infrastructure and is connected to oil trunk pipelines of Transneft at the Tyumen-3 Oil Pumping Station.

The permission for the construction works under phase three was granted in April 2012. Phase three works commenced in 2012 and are being carried out in several stages.

"The refinery is strategically located in an industrial area in the south-eastern part of the city of Tyumen in Russia."

The second stage, set to be completed in the fourth quarter of 2014, will enable the diesel fuel quality from the refinery to comply with Euro-5 standards. It will involve construction of a diesel fuel hydrotreating unit, including ancillary supporting units such as a gas amine treatment module and elementary sulphur production unit with a granulation module.

Stage three of the project will witness the installation of a combined deferred tar carbonisation unit including a fuel-oil vacuum distillation module. It will increase the diesel yield by 50% and the oil processing depth to 94%. The third stage is slated for completion in the fourth quarter of 2015.

A gasoline reforming unit with a continuous catalyst recovery and isomerisation block will be commissioned in 2016. It will enable the transfer of high octane Euro-5 gasoline production with the octane number of at least 95 points.

A vacuum gas oil hydrocracking unit, using the refinery’s own gas oil as the raw material from the deferred carbonisation unit (including the vacuum module), will be installed from 2017-2018. An additional hydrogen generation unit and offsite facilities will also be constructed during this period.

A loan of $750m for the refinery expansion project was offered by Gazprombank, Raiffeisen Bank International and Raiffeisenbank, in association with Glencore International, Vitol, GLOBEXBANK and WestLB. The loan is repayable in March 2017.

The contract for stage two of the expansion project has been awarded to Haldor Topsoe. Foster Wheeler will carry out the project activities for stage three.

UOP Honeywell has been contracted to provide its proprietary Experion Process Knowledge System (PKS) to control the plant processes and general refinery facilities as part of the current project.

It will enable the creation of a single, central operations centre at the refinery. The company will also design and develop the facilities for the gasoline reforming unit.

Thomassen HDS has been contracted to provide two 1,785kW C-35.2 HDS compressors for the refinery. The compressors will be designed with its patented free floating piston (FFP) technology.

Volgograd Oil Refinery, located in Volgograd Oblast in southern Russia, is one of the four major refineries operated by LUKOIL in Russia.