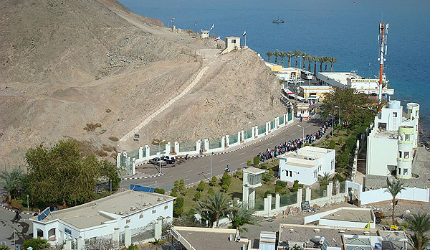 The first 250km of the pipeline in Egypt starts at Arish and ends at Taba on the Red Sea.

Arab Gas Pipeline (AGP) is a trans-regional gas export pipeline built to carry natural gas from Egypt to Jordan, Syria and Lebanon. The 1,200km-long pipeline was built at a cost of approximately $1.2bn and represents a unique model for future strategic Arab co-operation projects.

The pipeline is currently (as of March 2012) out of order because of attacks on a feeder pipeline to el-Arīsh. More than ten attacks have occurred since the beginning of the 2011 Egyptian protests.

Minority stakeholders include subsidiaries and companies based in the US, the UK, Germany, Canada and Russia.

In 1995, the Egyptian Government allowed national and international oil and gas companies to actively drill for gas in order to meet domestic demand, which was 429 billion cubic feet. The domestic demand for gas was satisfied in 1999 and therefore, the government started looking for export markets.

The pipeline is owned and operated by the West African Gas Pipeline Company (WAGPCo). It is led by Chevron with a working interest of 36.7%.

In alignment with that search, a ‘Master Plan’ was carved out of the Integrated Gas Strategy, which was inducted in 1999 by Sameh Fahmi, former Petroleum Minister of Egypt. The master plan calls for optimisation of price to attract investors, increase gas export and develop infrastructure.

The AGP is a part of the master plan. The pipeline project was initiated within the framework of bilateral dialogues between Egypt and Jordan in 2001. The Memorandum of Understanding (MoU) later included Syria and Lebanon. Israel, Turkey and Iraq also signed deals to co-operate in this trans-regional pipeline project. 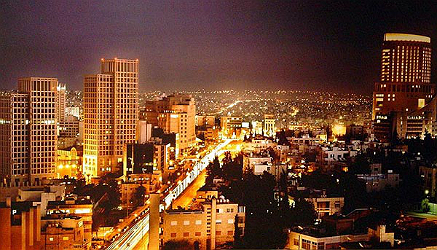 The Arab Gas Pipeline currently has four sections. The first section extends from Arish in Egypt to Aqaba in Jordan.

The Arab Gas Pipeline currently has four sections. The first section extends from Arish in Egypt to Aqaba in Jordan. Its total length is 265km, including a 15km long offshore segment running under the Gulf of Aqaba.

The second section runs 390km from Aqaba to El Rehab, which is situated 30km from the Jordanian-Syrian borders. The third section is 30km in length extending from Jordan (El Rehab) to Syria (Jabber).

The fourth section constitutes of a gas network in Syria. It runs from Jabber (Syrian side of Jordanian-Syrian borders) to the Syrian-Turkish borders, ending in Lebanon. This section has four segments. Segment one runs from Jabber to Homs in Syria, while the second segment connects cities of Homs and Aleppo, Syria. The third segment extends from Aleppo to the Syrian-Turkish borders. The fourth segment connects Homs in Syria with Tripoli in Lebanon.

"The Arab Gas Pipeline is also speculated to be connected with Iraq’s gas grid to facilitate the export of Iraqi gas to the European market."

The agreement for the construction of the second phase (Aqaba to Rehab) of the AGP was signed in January 2004 by the prime ministers of Egypt, Jordan, Syria and Lebanon. The construction contract was awarded in August 2002.

Construction on the second phase commenced in mid-2004 and was accomplished in December 2005, 15 months ahead of the schedule, at a cost of approximately $276m.

The 30km long third phase (Rehab to Jabber) was completed in 2007 with about $35m of investment. This section of the pipeline facilitates transmission of the Egyptian gas from Jordan to Syria and Lebanon.

The fourth phase of the AGP has been operational since February 2008. It is 330km long and runs from the Jordan-Syria borders to Homs in the North of Syria. Apart from the installation of pipeline, this section included construction of four launching / receiving stations, 12 valve stations and a metering station.

The 1,880km Iran-Pakistan pipeline is being built to carry natural gas from Iran’s South Pars field to Baluchistan and Sindh provinces in Pakistan.

The first phase of the AGP project was undertaken by an Egyptian consortium comprised of EGAS, ENPPI, PETROJET and GASCO.

A new Egyptian-Jordanian company called Al Fajr was established to execute the second phase of the pipeline. Al Fajr contracted the Egyptian consortium in August 2002 to build the project on a build, own, operate and transfer (BOOT) base. The consortium will operate the pipeline for 30 years.

An engineering, procurement and construction (EPC) contract for the third and fourth phases was awarded to Stroytransgaz, a subsidiary of Gazprom, in December 2005. STG-Engineering and the Syrian construction company HESCO were the major subcontractors.

In January 2008, a MoU was signed between Turkey and Syria for the extension of the AGP from Homs, in Syria, to the Turkish border city of Kilis.

"The pipeline was built at a cost of approximately $1.2bn and represents a model for future strategic Arab co-operation projects."

A construction contract worth $171m for this Syria-Turkey inter-connector was awarded to Stroytransgaz in October 2008.

The contract was, however, overturned in early 2009 and was re-tendered.

From Turkey, the AGP is likely to be connected to the proposed Nabucco pipeline for delivery of the Egyptian gas in to Europe.

The Arab Gas Pipeline is also speculated to be connected with Iraq’s gas grid to facilitate the export of Iraqi gas to the European market.