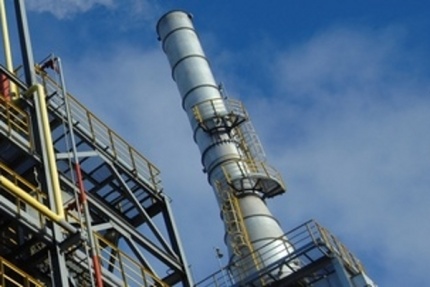 The Atyrau Refinery modernisation project is being implemented in three phases by KazMunaiGas and is set for completion in 2015. On completion, the project will enable the refinery to increase crude oil refining capacity to five million tonnes a year and achieve an output that conforms to Euro-5 standards.

The expansion project is part of the State Program of Forced Industrial Innovative Development of Kazakhstan, approved in 2010. The investment in the oil and gas refinery expansion is estimated to be $1.7bn. The first phase is being carried out with an investment of $27m.

History of the Atyrau refinery

The Atyrau Refinery, located in Atyrau Province, was first commissioned in 1945. The refinery processes heavy crude oil with a high paraffin content, from oil deposits in the western regions of Kazakhstan.

The refinery was developed by Badger and Sons and had an initial processing capacity of around 800,000t per year. It is located close to the richest oil fields in the country, such as Tengiz and Zhanazhol.

The refinery equipment was updated from the 1960s to the 1980s, increasing the capacity of the facility to 4.3 million tonnes a year. The facility currently refines 100,000 barrels of crude oil a day.

Details of the Atyrau refinery expansion

"The project also involves the construction of a new hydrogen unit."

The second phase involves the construction of an aromatics complex, construction for which commenced in 2010. The complex will produce 133,000t of benzene and 496,000t of paraxylene on an annual basis. It will enable the production of petrol and diesel fuel to the Euro-4 standard.

Other facilities at the aromatics complex will include a continuous catalyst regeneration catalytic reforming (CCRCR) unit with a throughput of one million tonnes a year. A toluene and heavy aromatics transalkylation unit, a raffinate separation section, and offsite facilities are also set to be located in the complex.

The third phase of the expansion project will add new fluid catalytic cracker units, including other processing equipment to meet European environmental standards of oil production.

The project also involves the construction of a new hydrogen unit which will use high olefinic liquefied petroleum gas as the main feedstock and natural gas as an alternate feedstock. The new unit will be capable of producing 24,000m³ an hour of pure hydrogen.

"The investment in the oil and gas refinery expansion is estimated to be $1.7bn."

Technologies used at the Atyrau refinery

The hydrogen unit will be based on Foster Wheeler’s terrace-wall™ steam reforming technology. Other technologies licensed by Prosernat, UOP and Omskneftehimproekt will also be implemented at the refinery.

The Development Bank of Kazakhstan, Eximbank, and Kazakhstan National Bank provided the financial support for the aromatics complex. The third phase of the project is funded by Nippon Export and Investment Insurance (NEXI), Bank of Tokyo-Mitsubishi UFJ (BTMU), and the Japan Bank for International Cooperation (JBIC).

Contractors/ suppliers involved with the expansion of Atyrau refinery

The contract for the third phase of the project was awarded to a consortium comprising of Marubeni, SINOPEC Engineering, and KazStroyService.

The process analysis systems for the refinery will be supplied by Modcon Systems.

The Tengiz oil fields entered a new phase of production with the construction of its Second Generation Project (SGP) and the introduction of sour gas injection (SGI).

The Karachaganak gas condensate field, situated in the north-west region of Kazakhstan, covers an area of more than 280km².