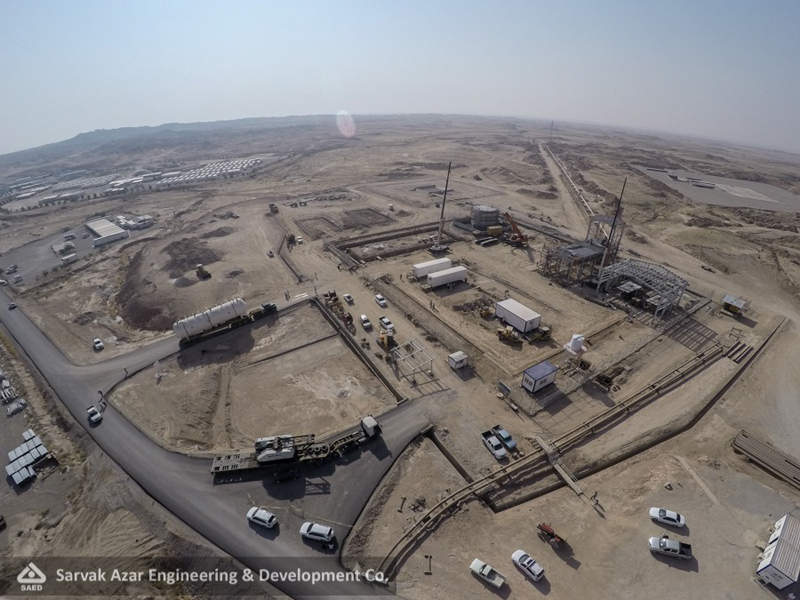 The Azar oilfield is expected to be fully commissioned in March 2019. Credit: Sarvak Azar Engineering and Development (SAED). 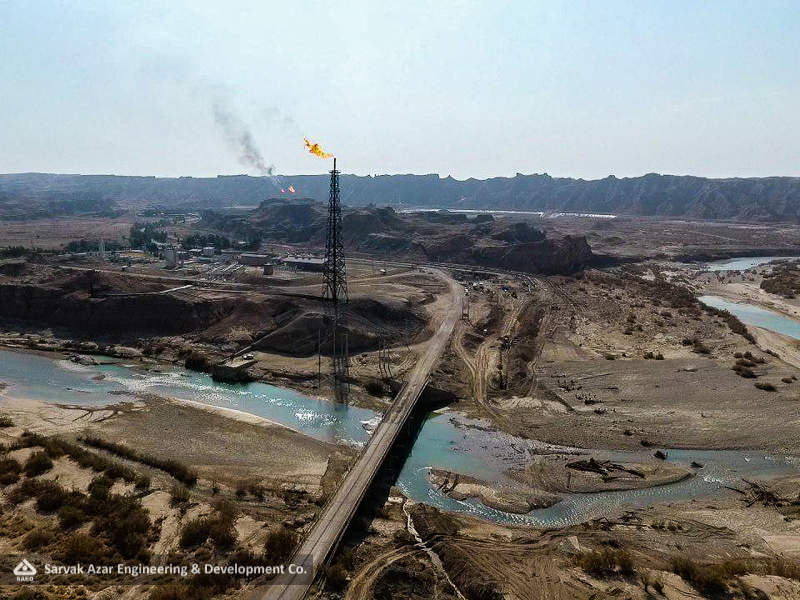 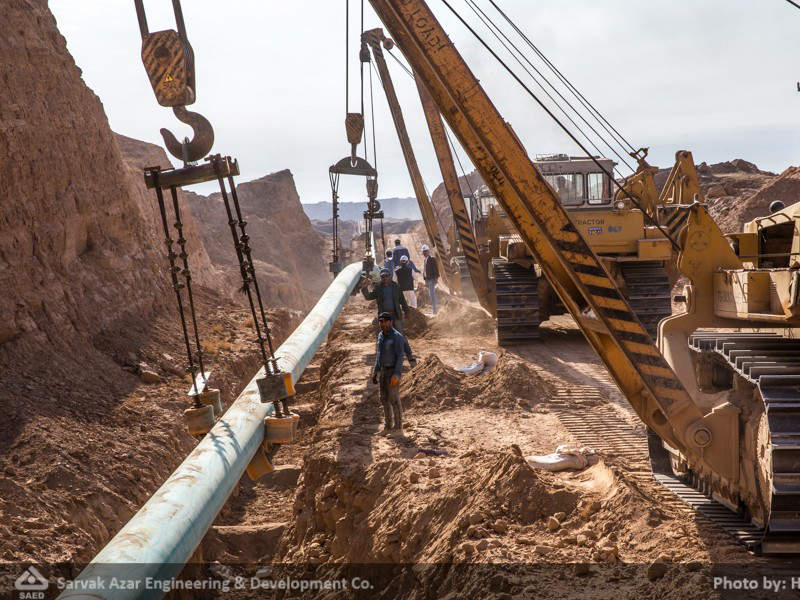 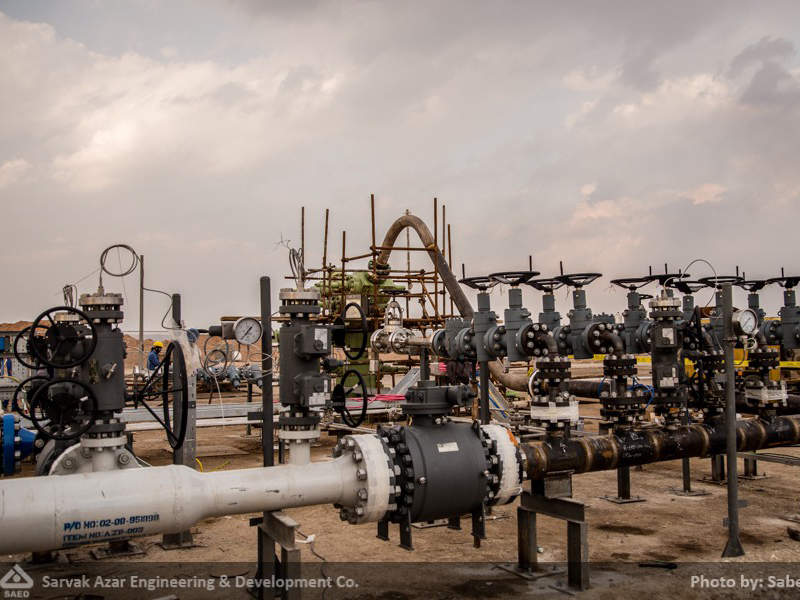 The site is being developed by the National Iranian Oil Company (NIOC) at an estimated cost of €1.36bn ($1.6bn).

NIOC originally signed a buyback service contract for the development of the Azar oilfield with a consortium of Oil Pension Fund Investment Company (OPIC) and Oil Industries’ Engineering and Construction (OIEC) in March 2012.

The consortium appointed the Sarvak Azar Engineering and Development Company (SAED), which is partially owned by OIEC, as the field’s operator and developer in July 2012.

The field is expected to produce 65,000 barrels of oil per day upon achieving full production.

The Azar field reservoir is an irregular anticline structure of the Ilam formation located at the onshore Anaran exploration block, which is situated along the Iran-Iraq border.

The structure covers a total area of 400km² and extends in a north-west to south-east direction.

It has a width of 30km and a total length of 36.5km, including 13.5km that lies along the Iranian border.

The field’s first exploration well was drilled in 2003, however it was later abandoned in 2004 due to technical failures.

A second well named AZR-2 was drilled in 2005 on the Sarvak reservoir formation, which established the presence of recoverable oil reserves at the field.

The field development plan for the Azar oilfield includes the drilling of 18 new wells at a depth of 4,700m in the Sarvak formation.

The plan is being implemented in two phases, with the first phase, or the early production phase, involving the drilling of seven producers and working over the existing AZR-2 well to convert it into a producer.

An appraisal well was also drilled and converted into a producer and delineation well.

A 130km-long, 16in-diameter pipeline is slated to be built to transport oil to the Dehloran production facility, located 22km away from Dehloran city in the Ilam province.

In addition, various surface facilities are expected to be constructed in order to produce crude oil and separate the associated sour gas.

Initial oil production from the phase one development was achieved in March 2017 at a rate of 15,000 barrels of oil per day.

Continuous production of 30,000 barrels of oil per day was subsequently achieved in April 2017.

The project’s phase one development works are approximately 78% complete as of February 2018.

The second stage of development will see the drilling of nine production wells, as well as the construction of a central processing facility (CPF) with a capacity of 71,500 barrels of oil-equivalent per day (boe/d) and 80 million standard cubic feet of gas per day (MMscfd).

Azar’s CPF will also treat 23,000 barrels of effluent water a day, which is anticipated to be re-injected into the reservoir.

A 63km-long, 6in-diameter pipeline will be built from the Dehloran production facility to connect to the existing main oil transport pipeline at Cheshmeh Khosh.

A further 130km-long, 16in-diameter pipeline is also being constructed to transport sour gas to the Dehloran production facility.

Oil produced from the site will be directed to the CPF’s production trains via two separate headers.

The fluid will be pre-cooled and passed through two stages involving three-phase separators.

The separators will remove the produced water and associated gases before the oil passes through a desalination unit and hot stripping desulphurisation tower to remove associated sulphurs.

Oil will be cooled using fin-fan air coolers and then directed to a storage tank.

The stored crude oil will be transported through a pipeline to the Chesheh Khosh production centre, located 60km from Dehloran city, using three boosters and main pumps.

Produced gas will be dried using two gas dehydration trains and directed to the two gas compression trains via a common header.

Each of the two gas compression trains will consist of three gas compressors, which will transport the gas via a pipeline to the Dehloran production facility.

The gas will then be sent to the NGL-3100 Complex in western Iran for further processing.

Electric power transmission lines and a 132/11kV electrical power supply substation are also being built to supply electricity for the site’s operations.

A permanent, onsite residential facility for the field’s operators is being constructed, which will have the capacity to accommodate up to 220 people.

The facility includes amenities such as residential buildings and recreational facilities.

A temporary residential complex called the Pardis Camp was constructed in April 2015 for NIOC and SAED’s site workers.

The complex was built on 8.6 acres of land and is able to accommodate 270 people.

A water pump station and a pipeline will also be developed in order to transfer raw water from Changuleh River to the central processing site and the residential facility.