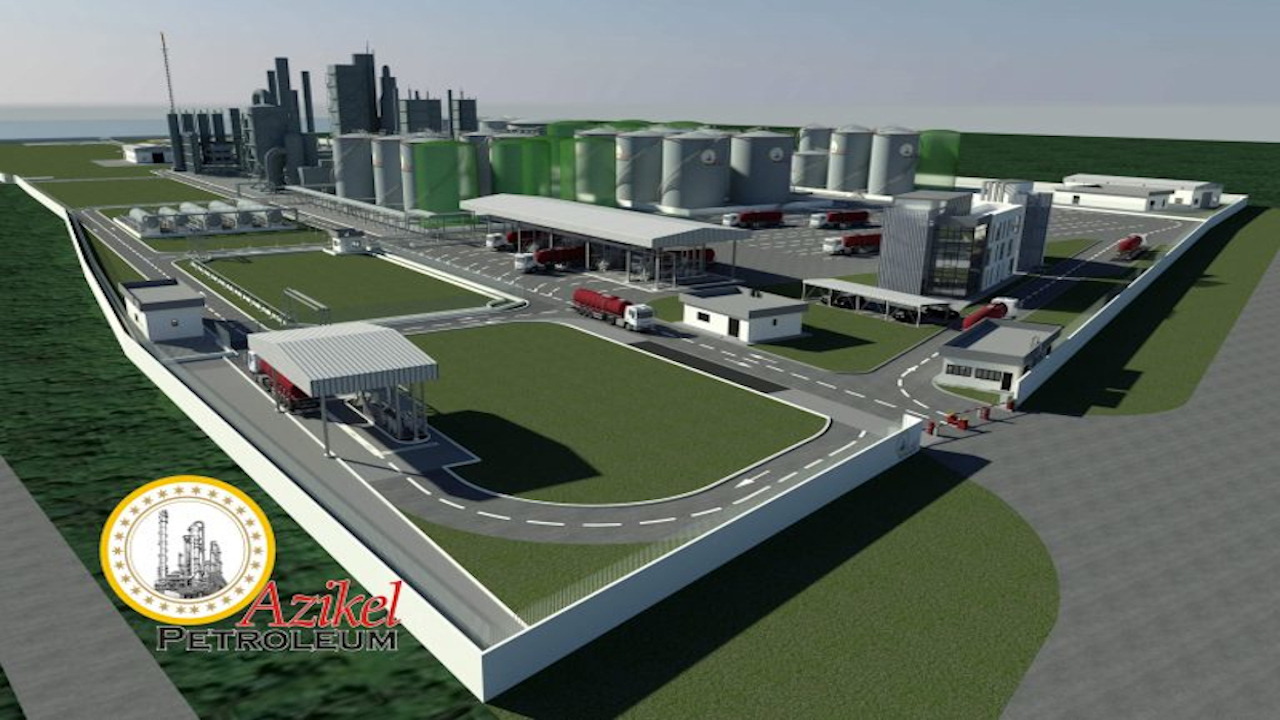 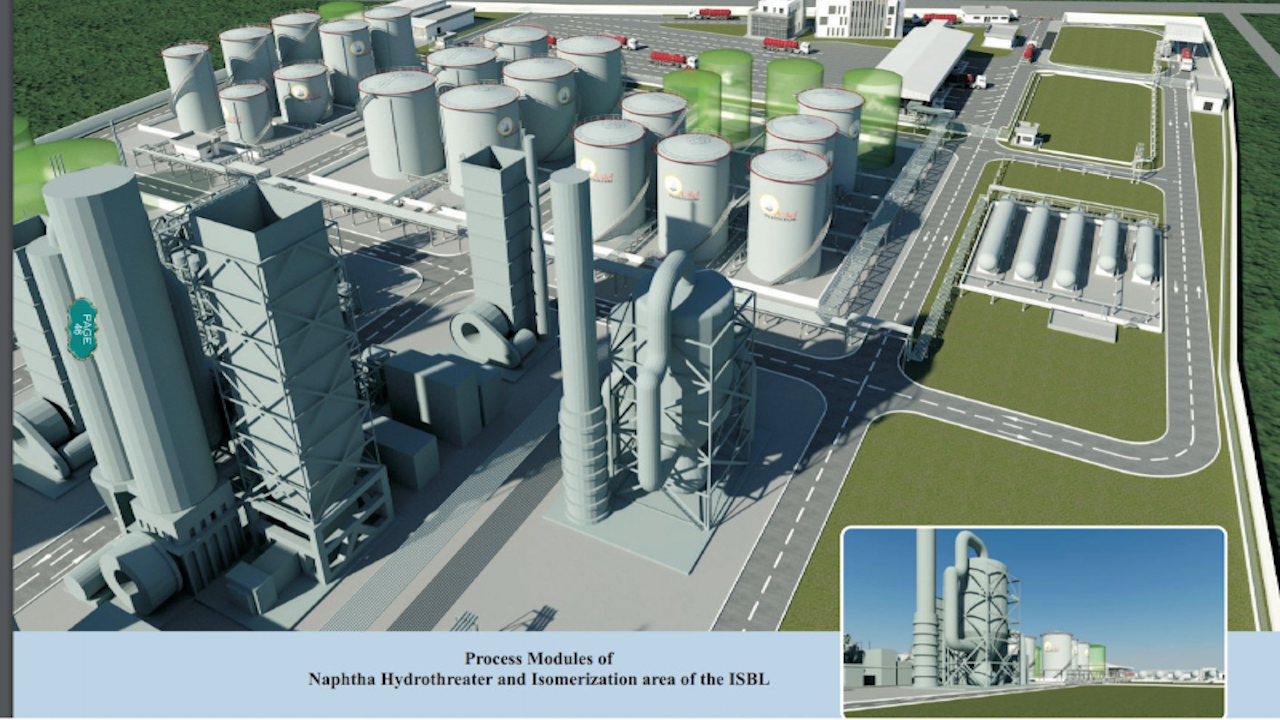 The primary products of the refinery will be mixed LPG, gasoline, kerosene, aviation fuels, and diesel. Credit: Azikel Petroleum.

Azikel refinery site is bounded by Obunagha community on the north, Nun River on the south, proposed Azikel Power Plant on the west and Gbarian-Ubie Facility on the east. Credit: Azikel Petroleum.

Azikel Refinery is a greenfield hydro-skimming refinery project being developed by Azikel Group in Nigeria. The project is estimated to involve an investment of $12bn.

The ground-breaking ceremony for the refinery took place in February 2018 and the project is expected to be completed in 2021.

The Azikel refinery is located in Obunagha, Gbarain, Yenagoa, Bayelsa State in Nigeria, near the East-West Road and the Isaac Adako Boro Expressway that connects to Yenagoa and Port Harcourt. It is surrounded by Obunagha community on the north, Nun River on the south, proposed Azikel power plant on the west and is 20m away from the Gbarian-Ubie Shell Gas Gathering Facility on the east.

The project site is a naturally flooded region with water coming in from the surrounding freshwater swamp forest. It required extensive land clearing and preparation work before the beginning of the refinery development.

The company received the licence to establish the refinery, as well as construction approval for the project, from Nigeria’s Department of Petroleum Resource (DPR) in 2015.

In the same year, the geotechnical surveys for concrete foundation work and waterway bathymetric studies were also completed.

Land clearing, sand filling and land reclamation work with 2.7 million cubic metres of sand was performed in 2016. In 2017, the detailed engineering design, product off-take contract, feedstock contract and other contractual agreements for operation and maintenance were finalised.

A 200m-long pier with shoreline protection is being constructed for refinery modules and equipment delivery.

Spanning an area of 192,000m², the OSBL will comprise 32 crude and refined product storage tanks of different sizes with a combined capacity of 70,930m³. The refinery will also feature automated multiple-station loading-bay gantries and utilities for ISBL and OSBL for steam generation, wastewater treatment, raw water treatment, and power generation.

The proximity of the refinery to Shell’s Gbarian-Ubie oil and gas facility will ensure affordable feedstock supply. The Shell facility will directly supply Bonny light crude and condensate to the Azikel refinery storage tanks via pipeline.

The refinery rates 5.3 in the Nelson Complexity Index (NCI), which is a measure of oil refinery sophistication. The state-of-the-art operation system of the refinery will work on the emission control mechanism to attain the lowest achievable emission rate (LAER), supporting the facility to be the cleanest refinery in Africa.

A very high research octane number clear (RONC) reformate will be produced in the refinery, using UOP Reformer technology, which will be mixed with light straight run (LSR) naphtha and butane to produce premium motor spirit (PMS) at 89 RONC.

The refinery will require 140 gallons per minute (gpm) of raw water, cooling water circulation of 1,200gpm and boiling feed water of 52gpm.

The project is being funded by Exim Bank and Export Credit Agencies along with engineering, procurement, and construction (EPC) project financing.

The Nigerian Content Development and Monitoring Board also provided equity investment for the project.

Contractors involved in the refinery project

McDermott performed the FEED work for the project in 2018. In the next phase, it received the engineering and procurement contract in July 2020. Work includes engineering and design of ISBL modular refinery and equipment supply for the ISBL.