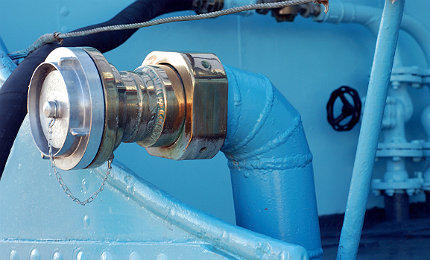 Bab Gas Compression Project, part of the Thamama gas network, was inaugurated on 28 February 2013. The compression station is located in the Abu Dhabi Company for Onshore Oil Operations (ADCO)’s Bab field in the Habshan area of Abu Dhabi, UAE.

Bab Gas Field is the largest onshore field covering 1,200km² in Abu Dhabi. Bab field contains multiple reservoirs of hydrocarbon accumulations. Huge reserves of oil and gas are found in these reservoirs. The gas produced from the field is transferred to the Abu Dhabi National Oil Company’s gas processing plant.

"Bab gas compression project was commissioned to increase the gas production in the Habshan area."

Construction of the Bab gas compression station was started in 2010. The project was inaugurated in February 2013. The compression station is estimated to handle 1.8 billion standard cubic feet per day of gas / condensate (2,100 MMSCFD per day). Gas extraction capacity will increase to 25 trillion cubic feet.

The three compressor stations help in maintaining reservoir pressure and increasing the reinjection capacity of the plant. The compressors increase the pressure of the incoming gas, which is then transferred via pipeline to GASCO’s refinery for final processing.

Utility buildings such as the new main intake substation (33KV), local technical room and main gas control room were also constructed as part of the project.

Bab gas compression project will be expanded in two more phases. The ultimate gas recovery rate is expected to be 90% upon completion of the expansion.

Phase two of the project is currently in the tendering stage. It is expected to increase the compression capacity to 2.4 billion standard cubic feet per day of gas / condensate.

It includes construction of a 600MMSCFD compression station, a direct gathering manifold station, remote manifold station’s extension and tie-in of 32 new gas wells. It is scheduled for completion in 2015.

Phase three of the project is scheduled for completion in 2018. Bab gas aims to increase its gas production capacity by 25% through the Bab gas compression project.

SK E&C of South Korea is the Engineering, Procurement and Construction (EPC) contractor for Bab gas compression plant. The EPC contract, worth $820m, was awarded to SK E&C in 2009.

Mott McDonald Abu Dhabi unit provided project management and consultancy services for the compression project. The subcontract included re-grouping of wells, trunk line tie-in and optimisation of production separators. Construction of a gas compression station and pumping of production separator liquid into the discharge line of the compressors / trunk lines were also performed.

Man Turbo of Oberhausen (Germany) was subcontracted for supply of nine compressors worth €60m ($78m).

The Shah sour gas field is located around 180km southwest of Abu Dhabi, in the UAE.

The Sajaa Gas Private Ltd Co (SajGas) gas processing plant has been constructed in the Sajaa area of the Emirate of Sharjah.