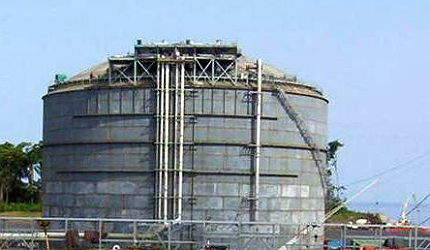 Barzan Gas Project is a $10.4bn project developed by a joint venture (JV) of Qatar Gas and ExxonMobil. The JV appointed RasGas as the project manager. RasGas is also responsible for operating the plant now it is complete.

“Construction works for the Barzan Gas Project started in November 2011 and 50% of the work was completed as of late 2012.”

The Joint Venture Agreement (JVA) and Development and Fiscal Agreement (DFA) by the two JV partners to implement the project was signed in January 2011. The two companies had earlier signed an agreement to participate in the project in 2007.

The project accommodates a total of six trains, with two trains being developed in the first phase. The first train is scheduled to come online in 2014 and the second train in 2015.

Construction works for the Barzan Gas Project started in November 2011 and 50% of the work was completed as of December 2012.

The project, which includes both onshore and offshore developments, produced 1.7 billion cubic feet a day (bcfpd) of pure natural gas in the first phase. The completion of first phase increased the total gas output of RasGas to 11bcfpd.

The massive gas project in Qatar currently employs up to 20,000 people in the construction works. The project site covers about three square kilometres.

The Barzan LNG plant is located in the North Field at a green-field site in Ras Laffan Industrial City, about 80km north-east of the city of Doha.

The plant provides natural gas to complement the current and future infrastructural developments, such as power plants, desalination plants, New Doha Airport and New Doha Seaport, as the country prepares itself to host the FIFA World Cup in 2022.

The project is also one of the major components in the Qatar National Vision 2030, which intends to make Qatar a developed country by 2030.

“Barzan LNG plant will be located in the North Field at a green-field site in Ras Laffan Industrial City.”

The offshore site is equipped with three offshore wellhead platforms, subsea pipelines extending up to 300km and subsea cables, extending 100km. A platform wellhead was fabricated at Hyundai Heavy Industries’ (HHI) site at Ulsan, Korea and pipelines were layed at the project site in Qatar. The offshore facilities are scheduled for completion by 2013.

The project achieved financial closure in December 2011. It was financed 30% through equity and 70% through a syndicated loan from banks and credit export agencies.

The deal involved a $3.34bn commercial bank facility, with Skadden, Arps, Slate, Meagher & Florm LLP as the counsel, an $850m Islamic facility and $2.55bn financing by export credit agency (ECA). The ECA financing was arranged by banks and guarantees from Japan, Korea and Italy, with Allen & Overy as the counsel.

Royal Bank of Scotland was the financial advisor. The legal advisor to the sponsors was White & Case.

The Front-End Engineering Design (FEED) and execution planning contract for the project was awarded to Chiyoda Corporation.

The Dolphin Gas Project is one of the largest trans-border energy projects ever undertaken in the Middle East.

Following the successful opening of the first phase of the Oryx gas-to-liquids facility in June 2006, Qatar Petroleum launched its new GTL project ‘Pearl’ in July 2006.