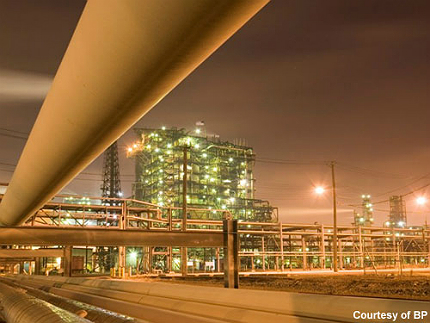 The BP refinery at Whiting, north-west Indiana, US, is the subject of a $3.8bn modernisation programme. This includes $1.4bn in environmental improvements.

The project will increase the useful life of the refinery, extending the scope of its processing capabilities to heavier crudes from Canada, providing a more secure source of crude, and improving the supply of petrol, diesel and aviation fuel to the Midwest, increasing production by 15%.

"The modernisation project will increase the useful life of the Whiting refinery."

The plan was first put forward in 2005-06 and the construction air permitting was received in May 2008 from the Indiana Department of Environmental Management (IDEM).

The US Environmental Protection Agency (EPA) objected to the permit following a suit by citizens and environmental groups. The IDEM approved the air permit with minor modifications in April 2011.

The Whiting Refinery is located adjacent to Lake Michigan, and Chicago is on the opposite shore. This is an ideal position to satisfy the logistics of fuel supply.

The Whiting Refinery Modernisation Project (WRMP) will include the construction of a new distillation unit, a petroleum coker, a Gas Oil Hydro Treatment complex, and a Sulphur Recovery Complex. The new Gas Oil Hydrotreater and Coker are expected to come on stream by the end of 2013.

The new coker will increase the production of petroleum coke and naphtha. The hydrotreater will manage the excretion of additional sulphur and nitrogen from the refinery.

Once the modernisation project is complete, BP aims to increase the use of Canadian crude from oil sands via the Enbridge pipeline, which runs from Alberta to Illinois, from 30% to 80-90%.

This requires the refinery to change its processing units to handle the additional volume of heavy Canadian crude. The project will increase the refinery’s capacity to process Canadian heavy crude by 260,000bpd and its petrol and diesel production by 4.7 billion gallons per year or 15% of the present annual output.

The expansion includes the licensing, design and fabrication of sulphur recovery technology and the revamping of several hydrotreaters. Work began in May 2008 and the project was 66% complete as of December 2011.The project also includes a $150m investment into upgrading wastewater treatment facilities for discharge into Lake Michigan.

Contractors for the Whiting modernisation

"Foster Wheeler USA Corp has been involved in projects at the Whiting refinery since 2005."

Foster Wheeler USA Corp has been involved in projects at the Whiting refinery since 2005. In August 2008, the firm was awarded a contract for engineering, procurement and fabrication of a 102,000 barrels per stream day (bpsd), six-drum delayed coking unit and associated gas plant facilities for the refinery, which will increase petrol production by 1.7 million gallons a day.

Other projects that Foster Wheeler is involved in at the refinery include the thermal design, engineering, procurement and material supply of three delayed coker heaters.

The project will use the SYDEC process, which is a thermal conversion procedure to upgrade heavy residue feed and process it into high-value transport fuels minimising fuel coke yields.

FEED was completed by Fluor in July 2008 and the detailed design began. The $500m sulphur recovery complex expansion contract was awarded to Jacobs Engineering Group.