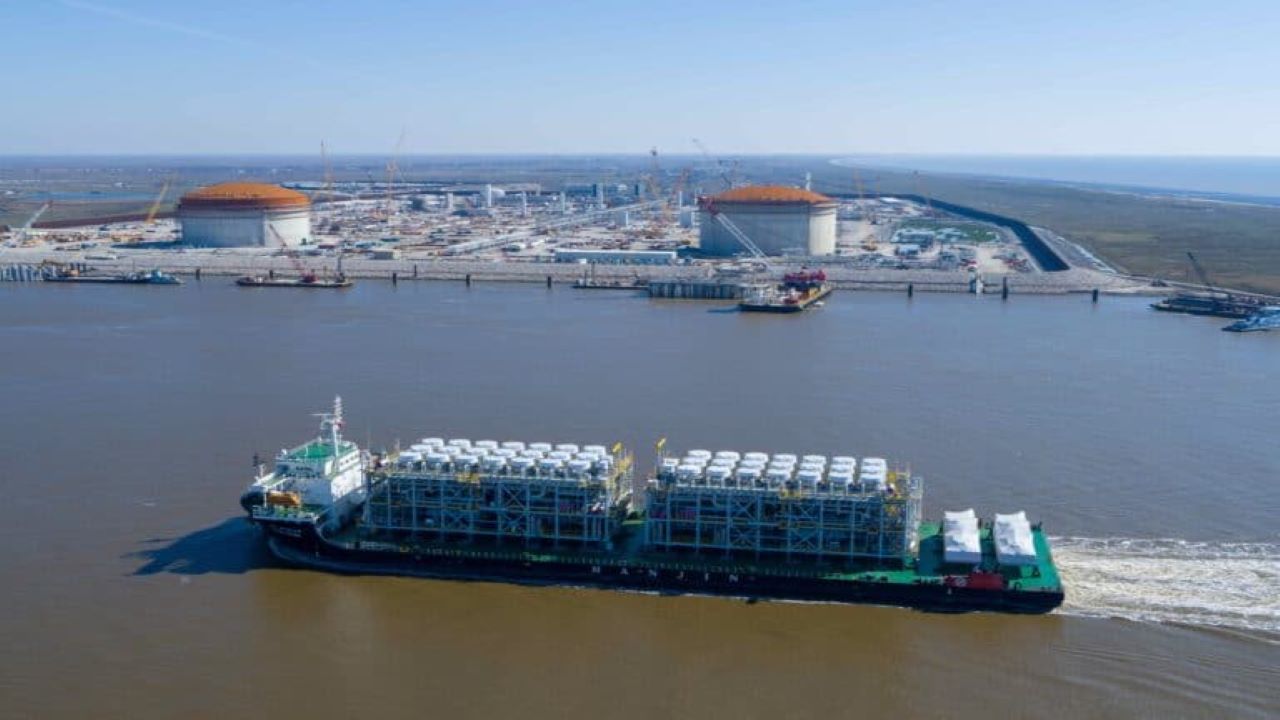 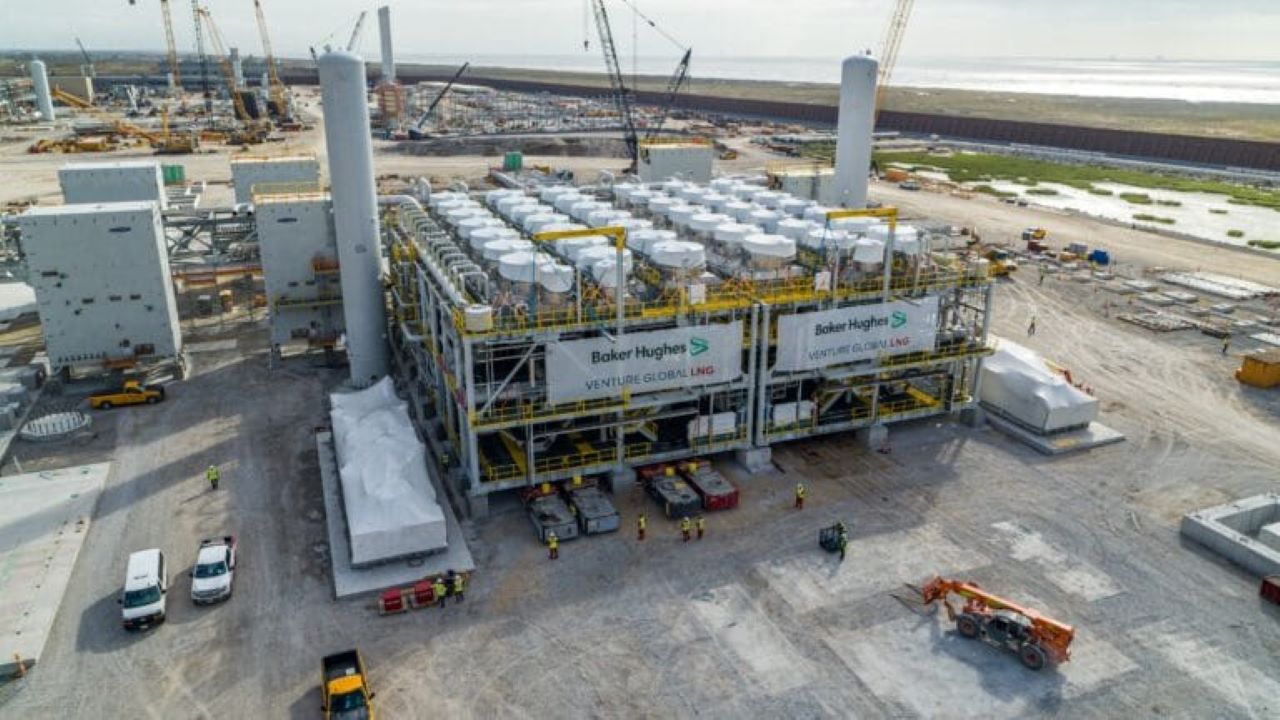 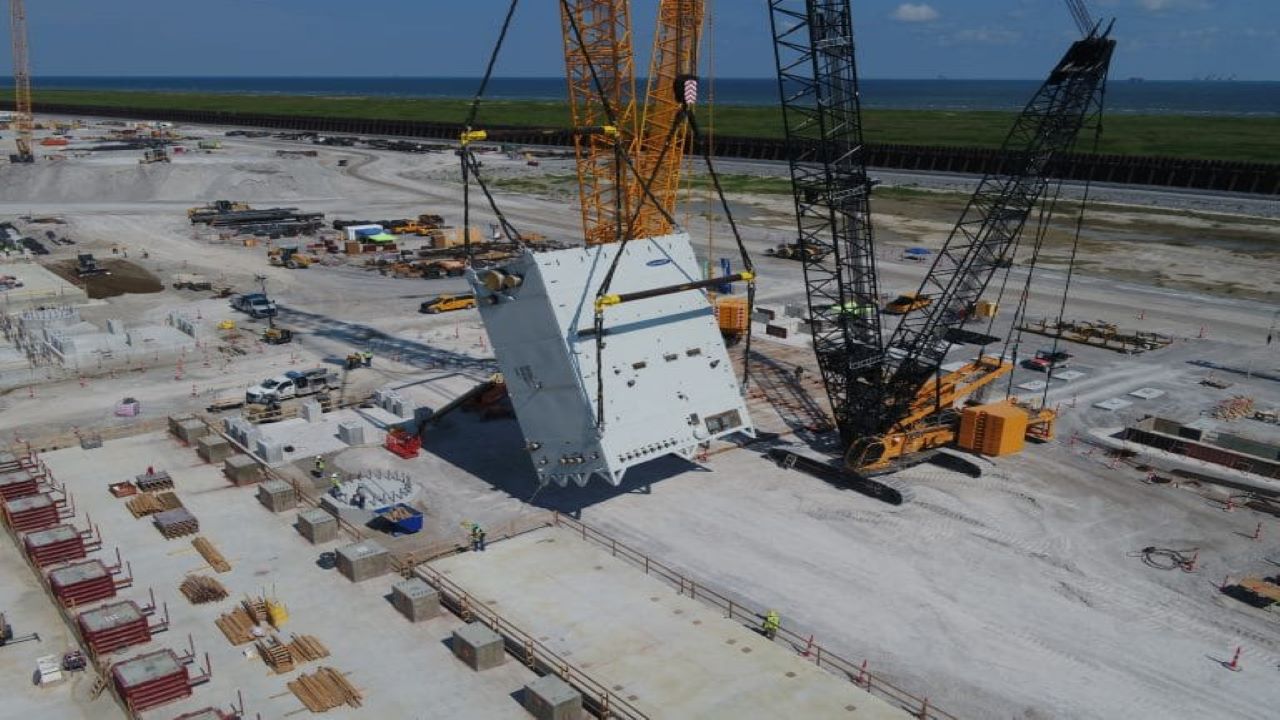 The installation of the first liquefaction train commenced in June 2020. Credit: Venture Global.

The project includes the construction of a 42in-wide, 23.4-mile (37.66km) pipeline called TransCameron, which will connect the facility to interconnection points around the Grand Chenier Station.

The LNG export facility will store around 516 billion cubic feet (bcf) of natural gas a year, equivalent to ten million tonnes per annum (Mtpa). Peak capacity is estimated to be 620bcf a year (12Mtpa).

In June 2018, the Federal Energy Regulatory Commission (FERC) issued its Notice of Availability of the draft environmental impact statement for the proposed facility and TransCameron pipeline. In October 2018, the project received federal approval, and in August 2019, its final investment decision was made.

The construction activities at the project site began in February 2019 and are estimated to create around 1,500 construction jobs and 130 operational jobs. The facility is due to come online in 2022.

The Calcasieu Pass facility is being developed south of Lake Charles on the Calcasieu Ship Channel near the Gulf of Mexico. The location is in close proximity to abundant gas supplies and transport facilities. The facility will cover 930 acres and have deepwater access.

Infrastructure facilities at the terminal

LNG will be stored in two 200,000m³ full-containment tanks at the Calcasieu Pass facility. The LNG will be loaded onto carriers, docking at one of two LNG berthing docks in a common recessed berthing area. The marine terminal will accommodate carriers up to 185,000m³ in capacity.

The Calcasieu Pass project is being integrated with the new TransCameron pipeline project in order to source the natural feed gas for the facility.

The facility will be connected to the existing natural gas pipelines in Cameron Parish via the new East Lateral Pipeline. The 36.7km pipeline, with a diameter of 42in, will extend from the eastern side of the Calcasieu LNG facility. It will be interconnected with two existing gas transmission systems at the TETCO Interconnect and ANR/Bridgeline metre station in Louisiana.

In May 2018, Venture Global Calcasieu Pass entered an agreement with UK-based oil and gas company BP (BP LN) for the sale of 2Mtpa of LNG on a free-on-board (FOB) basis. The sale is made under a sales and purchase agreement (SPA) valid for 20 years.

In June 2018, Venture Global LNG entered an agreement with Polish Oil and Gas Company (PGNiG) for the purchase of 2Mtpa of LNG for a period of 20 years. The cargo will be delivered to the Plaquemines LNG facility from 2023.

Venture Global has also entered separate 20-year SPAs with Galp, Shell NA LNG (Shell) and Repsol for the supply of 1Mtpa of LNG from the facility.

Construction details for the project

The Calcasieu Pass terminal and the TransCameron pipeline will both be constructed using the horizontal directional drilling (HDD) method.

Construction for the integral parts of the LNG terminal will take place at the Martin, DeHyCo, Baker Hughes, Mudd and Liberty support facilities.

The installation of the first liquefaction modules began in June 2020. The first two liquefaction trains arrived at the Calcasieu Pass LNG export facility site in November 2020. As of March 2021, six trains have been installed.

Financing for the Calcasieu Pass project

US-based investment firm Stonepeak Infrastructure Partners has committed to providing a $1.3bn equity investment for the project, under the definitive agreements signed with Venture Global LNG in May 2019.

US-based construction company Kiewit was awarded the engineering, procurement and construction (EPC) contract by Venture Global LNG for the export facility in December 2018.

In February 2017, GE Oil and Gas, a subsidiary of US-based oil company Baker Hughes, was awarded the contract for providing the mid-scale liquefaction trains for the export facility.

Providence Engineering and Duplantis Design Group are jointly responsible for permitting and designing 130 acres of marsh required for the terminal and pipeline system.