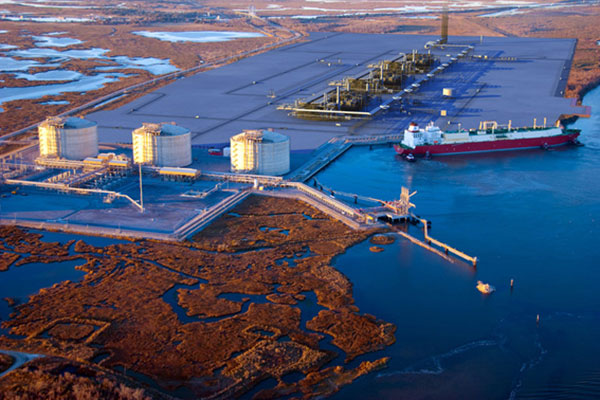 The project is being developed by Cameron LNG, a special consortium company between Sempra LNG and Midstream (50.2%), Total (16.6%), Mitsui (16.6%) and Japan LNG Investment (16.6%), a joint venture between Nippon Yusen Kabushiki Kaisha and Mitsubishi.

The facility will feature three liquefaction trains with a combined capacity of 14 million tonnes per annum (Mtpa) of liquefied natural gas (LNG). It will enable the partners to export up to 12 Mtpa or 1.7 billion cubic feet per day of LNG for 20 years.

The front end engineering design (FEED) phase for the project commenced in November 2011 and the conditional non-free trade agreement (FTA) approval from the US Department of Energy (DOE) was granted in February 2014. The approval enables the project partners to export LNG to countries that have not signed an FTA with the US, including those in Europe and Asia.

The final environmental impact statement (EIS) for the project was issued in April 2014, while the final investment decision (FID) for the Cameron LNG processing and export project was completed in August 2014. The overall development cost of the project is $10bn.

Construction work for the LNG export facility was completed in 2018 and the commissioning process of the first liquefaction train was initiated in November of the same year. All three LNG trains are expected to begin operations in 2019. The project is generating more than 1,300 onsite jobs and approximately 3,000 people are expected to be involved during the peak construction period. The project is also helping to boost the US economy by generating $2bn per year during the construction phase and $14bn to $18bn per year during the operational phase.

The project partners are also undertaking the development of the second phase of the Cameron LNG facility, which will include two additional liquefaction trains and two LNG storage tanks.

Cameron LNG is an LNG receipt terminal covering an area of 118.6 acres along the Calcasieu Channel in Hackberry, Louisiana. The terminal technically came online in July 2009 and is currently fed with natural gas by LNG carriers.

The terminal features two marine berths, three LNG storage tanks with a combined capacity of 480,000m³, and a regasification terminal for the vaporisation of 1.5 billion cubic feet per day of gas.

The project is being constructed over an area of approximately 502 acres, covering around 70 acres of the existing terminal. It will make use of regasification facilities at the existing Cameron LNG receipt terminal.

In addition to the construction of the three liquefaction trains, the project also involves the construction of a 160,000m³ full-containment LNG storage tank, facilities for refrigerant make-up and condensate product storage, expansion of the Cameron Interstate Pipeline by installing a 33.79km and 42in diameter pipeline, installation of a 56,820hp compressor station, a heavy hydrocarbon removal unit and ancillary facilities.

“The new pipeline will enable the two-directional flow of natural gas from the expanded terminal and the Cameron Interstate Pipeline.”

A truck loading/unloading area and a marine work dock are also built to assist the construction works. Electricity required for the project will be conveyed through a 12-mile-long double-circuit 230kV transmission line to be constructed by Entergy. Three 1.5MW diesel-fuelled stand-by generators will also be installed at the site to provide power backup.

The pipeline will enable the two-directional flow of natural gas from the expanded terminal and Cameron Interstate Pipeline by further connecting with five major interstate pipelines. The new pipeline will traverse the Cameron, Calcasieu and Beauregard Parishes. The compressor station will comprise 12 CAT G3616 natural gas-driven compressors and minor adjustments will be made to the existing metering and interconnection facilities.

LNG off-take from the Cameron facility

Toho Gas entered into a sales and purchase agreement with Mitsui in January 2014 to purchase LNG from the Cameron export facility.

Tokyo Gas signed a sales and purchase agreement with Mitsui in July 2014 for the purchase of LNG.

Contractors involved with the liquefaction project

The EIS for the project was prepared by the staff of the Federal Energy Regulatory Commission (FERC) with assistance from the US Army Corps of Engineers, US Coast Guard, US Department of Energy and the US Department of Transportation.

The $6bn engineering, procurement and construction (EPC) contract was awarded to Chiyoda and McDermott. The FEED work was carried out by Foster Wheeler, who is also providing technical assistance for the project development.