Over 100 billion barrels of oil 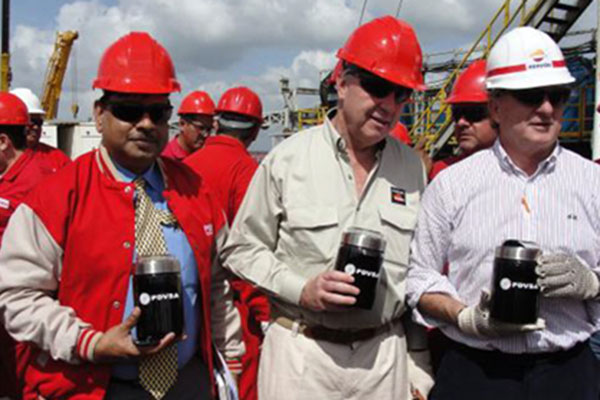 Carabobo is a massive oil project being developed in Venezuela. The onshore oil field development comprises seven production blocks on the eastern part of the Orinoco Belt which is believed to contain approximately 513 billion barrels of heavy crude oil.

Carabobo 1, the fourth biggest onshore oil field in the world, containing 31 billion barrels of recoverable oil reserve, started production by the end of 2012. Carabobo-2 and Carabobo-3 are yet to commence production.

The Carabobo-2 project is owned and operated by Petrovictoria, a joint venture of PDVSA (60%) and Rosneft (40%), which was officially formed in May 2013.

The Hamaca ‘heavy crude’ upgrade project is one of the four projects exploiting the Venezuelan extra-heavy crude oil and bitumen deposits situated in the Orinoco heavy-oil belt, in Central Venezuela.

Details of Carabobo-1, 2 and 3 projects

Carabobo-1 is the most advanced among the three projects. It produced its first oil from the well CGO-0005 in December 2012. Carabobo-1 was producing 30,000 barrels of crude oil per day towards the end of 2013. More than 40 additional development wells are planned to be drilled at the field using two drilling rigs. The oil field is expected to produce about 400,000 barrels of oil per day by 2018.

Carabobo-2 was in very early stage of development as of the beginning of 2014.

Each of the three projects will have an upgrader facility capable of processing 200,000 barrels of heavy crude oil into lighter synthetic oil per day. The upgraders for Carabobo-1 and Carabobo-2 are expected to be built by 2017.

The oil produced from the Carabobo project is planned to be transported by trucks until a trunk pipeline is constructed by PDVSA for carrying the Carabobo oil to the Port of Araya for export.

Technip was awarded the contract for the front-end engineering design (FEED) and the first phase project management consultancy services for the Carabobo-1 upgrader project in April 2012.

Technip is executing the contract from its operating centre in Rome in collaboration with PDVSA – Ingenieria y Construccion, a subsidiary of PDVSA.