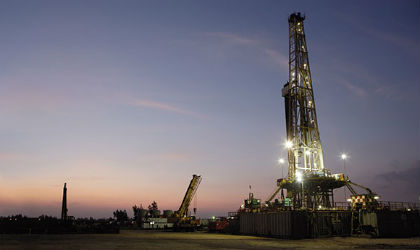 Disouq concession is located in the gas rich Nile Delta region of Egypt. It is 100% owned and operated by RWE Dea.

First production from the onshore oil and gas project was achieved in September 2013. The project supplies gas to the Egyptian energy market.

RWE Dea partnered with INA-INDUSTRIJA NAFTE to develop the project. RWE Dea has been operating in Egypt for the past 32 years.

It has stakes in another 12 onshore and offshore concessions spanning 10,000km² in Egypt. It operates four of these concessions.

The core regions where the company operates include the Gulf of Suez, Nile Delta / West Nile Delta and Western Desert. RWE Dea plans to further explore opportunities in Egypt in co-operation with EGAS and other partners.

"It has stakes in another 12 onshore and offshore concessions spanning 10,000km² in Egypt. It operates four of these concessions."

RWE Dea signed the concession agreement for the Disouq in July 2004. The Disouq concession is spread over an area of 5,523km².

It is located on the onshore part of the Nile Delta. North Sidi Ghazy gas discovery is the main asset of the Disouq concession.

The first phase of development of the project included production from the North and South Sidi Ghazy wells and three North West Khilala wells. These wells are connected to the North Sidi Ghazy central treatment facilities.

RWE Dea has signed a sales gas agreement with the Egyptian natural gas holding company, EGAS, for supply of the gas produced from the Disouq concession.

Exploration and drilling at the Egyptian onshore field

Development of the Disouq concession includes a nine-year exploration period divided into number of phases. The first phase included the acquisition of 2D seismic and drilling of two wells.

"RWE Dea plans to further explore opportunities in Egypt in co-operation with EGAS and other partners."

The first well drilled in the concession was the Tayifah-1X in February 2006. The well was drilled to a depth of 3,400m and tested oil in the Qantara formation with an API of 48º.

Gas was discovered in the Messinian formation in April 2008 with the drilling of the North Sidi Ghazi-1x well. The well encountered a 42m gas column in the Upper Messinian reservoir sands.

The second well drilled in the formation was the South Sidi-Ghazy-1x well. It was spudded in July 2008 and drilled to a depth of 3,188m. The well encountered a 24m gas column.

RWE Dea drilled the North West Sidi Ghazy-1x discovery in 2009. The Sidi Salem South East-1x well was drilled in the concession during the same year.

The North West Khilala-1x was drilled later in the same formation to further test its potential.

RWE Dea confirmed an extension of the discovery in August 2012. A development well named NSG-1-2 was drilled to a depth of 2,843m by the Weatherford 94 rig.

The well encountered gas resources in the Abu Madi Formation, which flowed at the rate of 41,000m³/h. It will be completed as a production well in future.

The Disouq concession consists of seven fields which are expected to produce about 11.4 billion cubic metres of gas.

Offshore Design Engineering carried out a pre-FEED study for the development concept for the project.

In November 2006 Petrofac was awarded a lump sum engineering, procurement and construction (EPC) contract worth $375m by the Khalda Petroleum Company (KPC) to build two new gas processing trains (SGT3 and SGT4) at the Salam facility in Egypt’s Western desert.