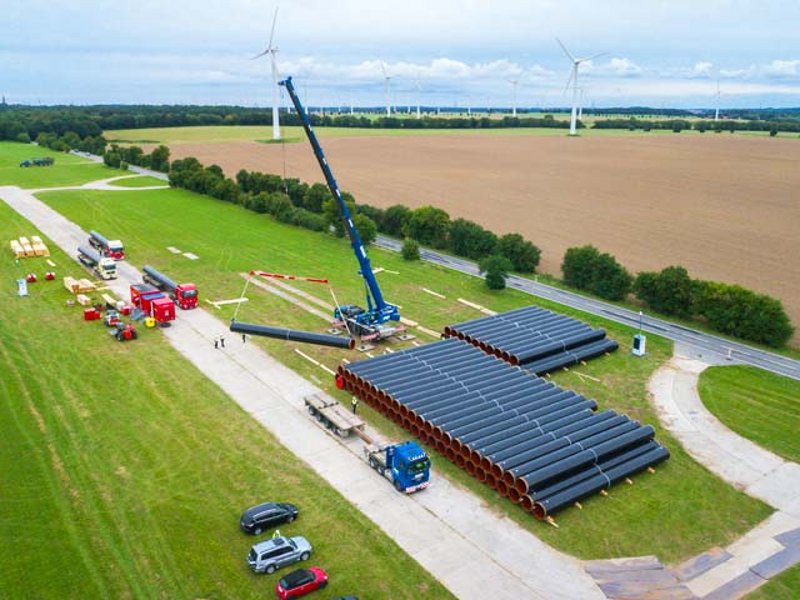 The EUGAL pipeline will pass through the Baltic coast of Germany via Mecklenburg-Western Pomerania and southern Saxony to the Czech Republic border. Credit: Image courtesy of VORWERK. 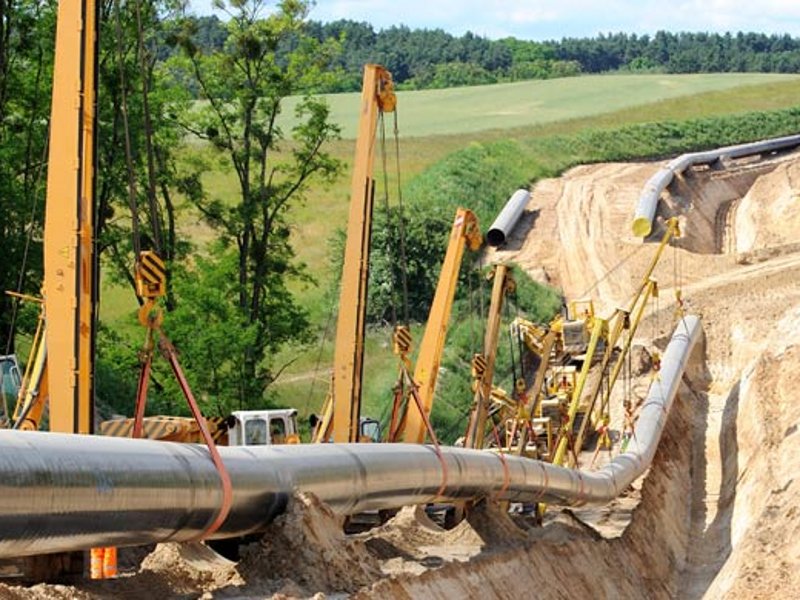 The pipeline will have a total length of 480km. Credit: GASCADE Gastransport GmbH. 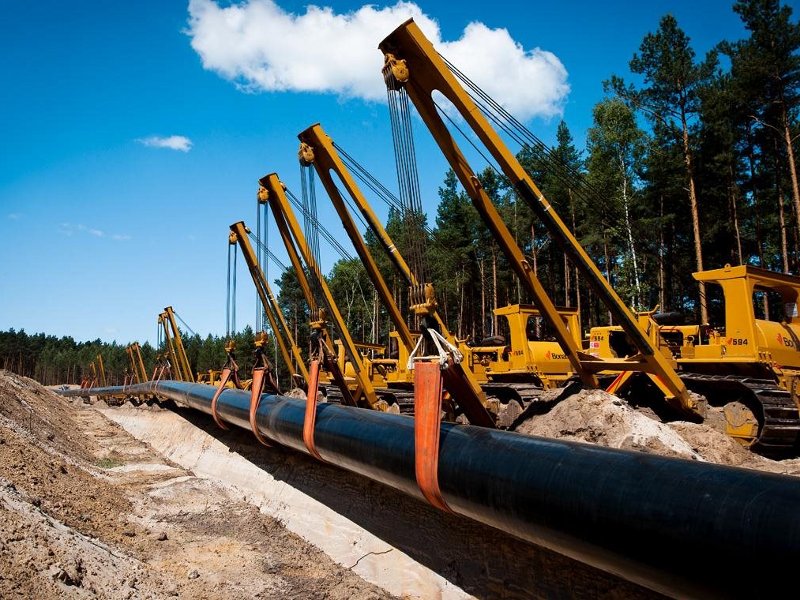 The EUGAL pipeline will have a capacity to supply 55 billion cubic meters of gas in a year. Credit: Bonatti Società per Azioni. 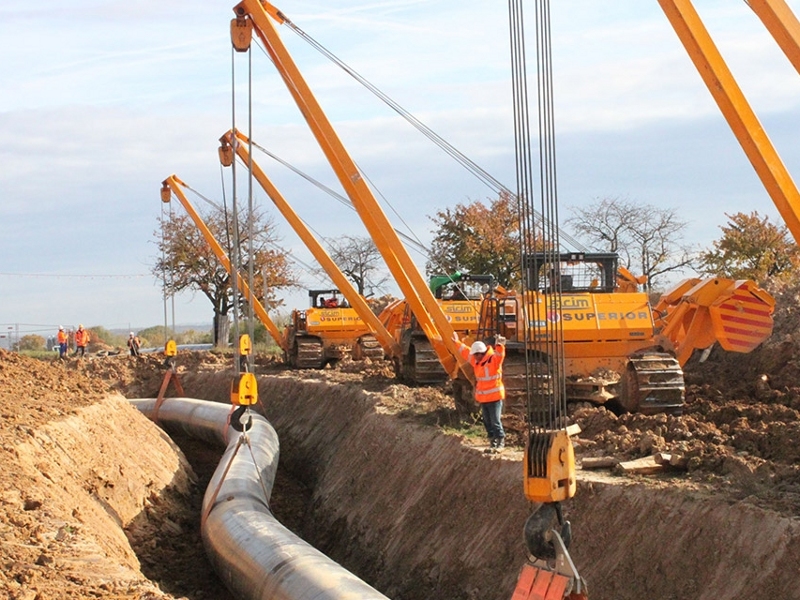 The pipeline project is being developed by Gascade Gastransport along with Fluxys Deutschland, Gasunie Deutschland and ONTRAS. Credit: SICIM S.p.A.

European gas pipeline link (EUGAL) is a 480km-long natural gas transport network being developed in order to strengthen the supply of natural gas to Germany and Europe.

The two-string pipeline will pass through the Baltic coast of Germany via Mecklenburg-Western Pomerania and southern Saxony to the Czech Republic border.

It is set to be constructed parallel to the existing OPAL pipeline and will be connected at the landing point of the Nord Stream 2 network in order to deliver Russian gas into central Europe.

The co-owners for the development of the EUGAL pipeline are a joint venture comprising BASF/Wintershall and Gazprom, known as Gascade Gastransport (50.5%), along with Fluxys Deutschland (16.5%), Gasunie Deutschland Transport Services (16.5%) and ONTRAS Gastransport (16.5%).

The EUGAL project aims to achieve a flexible internal market across the EU in the interests of consumers by expanding infrastructure.

The EUGAL pipeline is intended to secure the future flow of energy between Western, Eastern and Southeastern Europe.

Regional planning procedure for the construction of EUGAL in Saxony was initiated by Gascade and completed in May 2016.

The company subsequently reached a framework agreement with Saxony’s State Farmers’ Associations for the use of approximately 60% of their agricultural land for the development of the EUGAL project in May 2017.

A regional planning procedure for the construction of EUGAL in Brandenburg was submitted to the Joint State Planning Department of Berlin-Brandenburg in June 2016.

Permission for the northernmost pipeline section in Mecklenburg-Western Pomerania was issued by the Stralsund Mining Authority in October 2018.

The pipeline will have a total length of 480km, comprising 272km in Brandenburg, 106km in Saxony and 102km in the Mecklenburg-Western Pomerania area.

The entry point will be located at the Vierow/Lubmin region near Greifswald, positioned in the Mecklenburg-Western Pomerania on the Baltic Sea.

Exit points will be located at the Kienbaum/Groß Köris region in Brandenburg and Deutschneudorf in Saxony along the German and Czech border.

EUGAL pipeline is divided into 14 lots, with each pipe measuring 18m in length and 15t in weight. The internal diameter is of each pipe 1.4m and the thickness is 23mm.

Transport capacity of the pipeline is 55 billion cubic metres of gas a year. It will have two strings running parallel and a maximum operating pressure (MOP) of 100bar.

A compressor station at Brandenburg, along with a natural gas receiving station at Lubminer Heide and an export station at Saxony on the German-Czech Border are to be built as part of the development, as well as a business park featuring a production capacity of 7.1 million standard cubic metres of gas per hour.

Construction of the European pipeline

Construction for the Saxony section of the EUGAL pipeline began in October 2018, with completion scheduled for the end of 2019.

Work on the second string of the pipeline and compressor station will commence in 2019, with commissioning planned for completion by the end of 2020.

“The two-string pipeline will pass through the Baltic coast of Germany via Mecklenburg-Western Pomerania and southern Saxony to the Czech Republic border.”

Temporary construction areas for storing pipes will be created during the works.

Shut-off stations with a coverage area of 1,000m² to 2,000m² will be located every 15km to 18km along the pipline as a safety precaution.

The pipe joints for the EUGAL pipeline project will be manufactured at the Mülheim an der Ruhr facility between 2017 and 2019.

In April 2017, EUROPIPE was awarded a contract by Gascade for the delivery of the pipe joints.

SCIM was awarded a contract in August 2017 by Gascade for the construction of lots 5 and 6 of the EUGAL pipeline.

A joint venture of Bonatti and Max Streicher was awarded a contract by Gascade in July 2018, for the construction of 6 lots (9-14) totalling up to a length of 292km.

A joint venture between Vorwerk, Denys and Anton Meyer was awarded the contract by Gascade for the construction of lots 7 and 8 of the EUGAL pipeline.

DENSO Group was awarded a contract for providing field-joint protection, while Salzgitter Mannesmann Grobblech is responsible for providing approximately 673 pipe-bends.