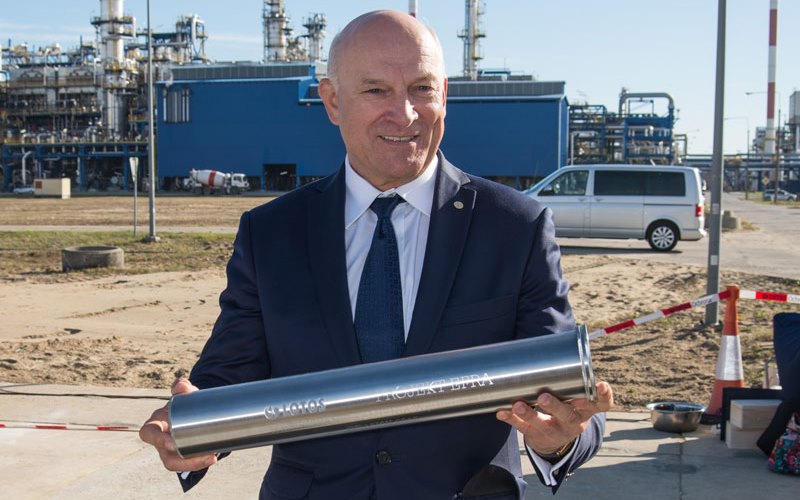 Grupa Lotos initiated the Effective Refining (EFRA) project at the Gdańsk refinery in Poland in 2015, in association with its partner Lotos Asfalt.

The project will maximise the quantity and quality of products extracted from each barrel of oil at the refinery.

It will also enable the Grupa Lotos refinery to produce an additional 900,000t of high-quality fuels and 300,000t of petrochemical coke.

The total investment sum for the EFRA project is estimated to be zl2.3bn (approximately $753m).

Commissioning of the additional units is currently expected in March 2018.

An LPG treatment unit (LPGTU), coke logistics and storage facility (CS-LF), and a Hydrowax vacuum distillation unit (HVDU) are also planned for inclusion as part of the development.

The building permit documents for the construction of the three units, including the HGU, DCU and CHNT, were submitted to the Municipal Office of Gdańsk in January 2016.

The technology used in the newly constructed process units will enable the extraction of 300kg of coke and approximately 700kg of fuels from each tonne of the heavy residue.

The project will also help to increase the refining margin by $2 a barrel of oil processed.

The cornerstone for the construction of the deep oil conversion complex as part of the EFRA project was laid in October 2015.

The first stage of construction involved carrying out earthworks to ensure the area and sites were ready for the foundations and piling works of the planned units.

A platform was constructed over the mould with pipes, and the first piles were bored by June 2016.

Civil works for the construction of the DCU, HGU, and Coke storage units began in June 2016.

The scope of the contract includes the provision of engineering, equipment and materials procurement, in addition to the construction of three key units.

“The technology used in the newly constructed process units will enable the extraction of 300kg of coke and approximately 700kg of fuels from each tonne of the heavy residue.”

KT also won the contact for the construction of a HVDU in October 2015. The HVD unit is expected to be commissioned by 2018.

Linde was contracted to provide the design and construction of an oxygen generation unit in September 2015.

Financing for the refinery expansion

The financing for the development was closed in June 2015. Grupa Lotos issued shares on the Warsaw Stock Exchange in 2014 to raise zl1bn (approximately $327m) towards the project’s funding.

The State Treasury of Poland contributed zl530m (approximately $173.6m) towards the initiative.

Two insurance companies PZU and PZU Życie, along with six other banks, provided a $432m term loan and zl300m (approximately $98.3m) of working capital to Lotos Asfalt for the refinery upgrade project.