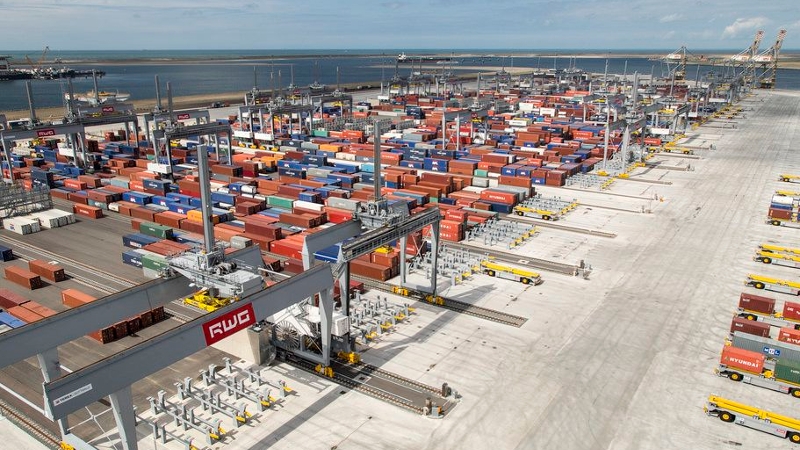 Hartel Tank Terminal is a liquid bulk terminal planned to be constructed at the Port of Rotterdam, Netherlands.

HES International BV is developing the site with the intention of expanding its liquid bulk operations.

Hartel tank terminal’s construction is part of the company’s wider strategy to invest in the development of locations such as Rotterdam, which are currently witnessing a surge in investments from major international players.

The project will also help HES to support existing sectors, as well as attract new sectors to the location. The company currently operates three dry bulk and one liquid bulk terminals at the Rotterdam port.

Construction on the terminal is expected to commence in 2018 subject to regulatory approvals, while completion is scheduled for the fourth quarter of 2019.

The project is expected to generate around 150 employment opportunities during the construction and operation phases.

The new tank terminal will be constructed on a 27ha site at the Port’s Hartel Strip, located in the Maasvlakte area.

HES chose the Maasvlakte site due to the availability of space, as well as access to the sea and other facilities required for handling rapid logistic activities. Maasvlakte is also an industrial site and is therefore located close to the potential market.

Facilities and infrastructure at the new liquid bulk terminal

Hartel terminal’s development will also include the construction a 1,100m quay, in order to accommodate either three large or five smaller sea-going vessels with a maximum draft of 23.6m. The quay will also include a 1,000m inland shipping quay and a 320m-long jetty.

Construction and financing of the quay will be undertaken by the port authority.

Additionally, nine berths are to be added to facilitate the mooring of inland shipping vessels in the Hudson harbour.

The terminal’s loading and unloading operations will take place through pipelines, while the transportation of products to and from the terminal will be conducted via seagoing vessels.

Besides offering storage and transhipping of liquid products, the terminal will also offer blending services for third parties. Refined products such as diesel, gasoline, petrol components, bio-fuels and kerosene will be blended, homogenised and added with additives onsite.

BP has announced its commitment to building pipeline connections between its terminal in Rotterdam and the new Hartel tank terminal.

The products will be stored in tanks with floating roofs in order to reduce the emission of volatile substances, and an air conditioner will be installed to process the vapour released during the filling and emptying of the tanks.

Products with suspected odour emissions will be stored in a closed system to minimise the release of odours into the environment.

"Hartel terminal’s development will include the construction a 1,100m quay, in order to accommodate either three large or five smaller sea-going vessels with a maximum draft of 23.6m."

In addition, the storage tanks will be configured such that noise emissions will be either within or below the permissible limits.

The terminal will meet all the latest laws and regulations (including PGS 29) and will be built in accordance with highest standards of environmental protection and safety.

The Port Authority of Rotterdam enlisted the SBE, MUC, MH Poly and Iv-Infra joint venture company known as MariTeam to design the quay wall for the project.

MH Poly was responsible for carrying out a feasibility study of the mooring configuration and jetty, as well as providing the preliminary design concepts, while Iv-Infra designed the dry infrastructure of the terminal.