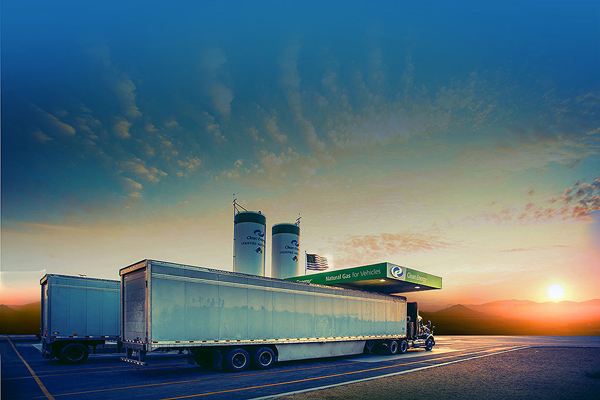 The Jacksonville LNG project involves the construction of a liquefied natural gas (LNG) production, storage and export facility on St Johns River in Jacksonville, Florida, US.

The proposed facility will be owned and operated by Eagle LNG, a consortium of Clean Energy, GE Ventures, GE Energy Financial Services and Ferus Natural Gas Fuels. It will aim to meet high LNG demands of the vehicular and high-horsepower engine markets in the US.

Earlier conceived as a facility serving domestic markets, the proposed project plans to supply LNG to Caribbean and other overseas destinations. It will also provide fuel to ships cruising along the East Coast and other domestic commercial vehicles, making it the first terminal in the US to provide fuel for cargo ships.

Natural gas will be received and liquefied at the facility and LNG will be temporarily stored before being transported by ocean-going vessels, trucks and containers for export purposes and marine bunkering trade.

"A marine load-out facility is planned to be built to handle small to mid-sized LNG vessels and bunkering barges."

The facility will be constructed on approximately 197 acres (79.7ha) of land that is marked for industrial activity and hosts other bulk fuel terminals. Located in the same vicinity are Marathon Petroleum, Hess Corporation and US Navy fuel terminals.

The plant will feature three LNG trains with a production capacity of 300,000 gallons of LNG a train (approximately 0.18Mtpa).

A marine load-out facility is planned to be built to handle small to mid-sized LNG vessels and bunkering barges. Plans for the marine terminal include a land access pier with a T-headed structure located approximately 900ft offshore.

Berthing and mooring facilities will ensure the accommodation of LNG vessels with capacities between 5,000m³ and 30,000m³.

Electrical energy for the facility will be supplied by Jacksonville area’s electric utility, Jacksonville Electric Authority.

Part of the LNG produced at the facility will be transported by trucks for road distribution to LNG fuelling stations in north Florida, the surrounding regions and states.

Natural gas supplied to the project will be produced from reserves that currently supply two interstate pipelines that serve Jacksonville, the Florida Gas Transmission system and the Southern Natural Gas system.

Natural gas will be delivered to the project site by local distribution utility Peoples Gas. An existing pipeline of the utility will deliver to the project’s first train (25MMcf/d). The pipeline is planned to undergo expansion to supply natural gas to the remaining two trains.

The project was conceived to efficiently use the abundant supply of natural gas available in a cost-effective manner.

It will also impact the economies of Jacksonville and the state of Florida by creating jobs and increasing economic activity and exports. More than 102 jobs are expected to be created in the first ten years of the project.