Qatargas, on behalf of Qatar Petroleum and RasGas Company (RasGas) 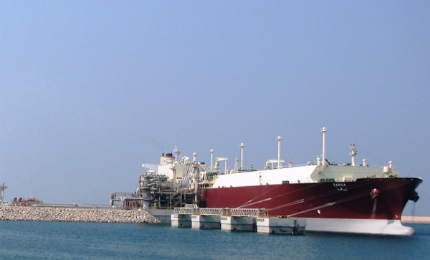 The main shareholders in the JBOG project are Qatar Petroleum, ExxonMobil, Total, ConocoPhillips and Shell. Qatargas is the operator of the facility on behalf of Qatar Petroleum and RasGas Company (RasGas).

The JBOG facility began operations in October 2014 and was officially inaugurated in April 2015. The project achieved an overall safety record of 22.6 million man-hours without a lost time incident (LTI) during the construction phase and involved up to 3,500 people at peak.

Initial planning activities for the project were initiated in 2007 by RasGas, who completed the pre-front end engineering and design (pre-FEED) works in 2007. The project was awarded to Qatargas later that year.

These developments form part of the Common Facilities Projects at Ras Laffan Industrial City (RLIC), which covers an overall area of 295km2 and accommodates the world’s biggest LNG export terminal.

The JBOG facility has recovered jetty boil-off gas from more than 500 ships as of April 2015.

ExxonMobil Middle East Gas Marketing, which is controlled by Exxon Mobil Corporation, the State of Qatar and Qatar Petroleum, announced the launch of the Al Khaleej Gas – phase II (AKG-2) project in July 2006.

Positive results from the project will include a 90% reduction in flaring at the six LNG loading berths at Ras Laffan, which is equivalent to annual green house gas (GHG) savings of approximately 1.6 million tonnes of CO2.

It will also help recover 29 billion standard cubic feet (bscf) of gas a year, which will be enough to produce 750MW of power to serve 300,000 homes. It will lead to saving approximately one trillion cubic feet (tcf) of gas over a period of 30 years for the State of Qatar, the world’s biggest LNG supplier.

The JBOG facility is designed to recover 100 million standard cubic feet per day (Mmscfd) of natural gas. The process primarily involves the recovery of LNG boil-off gas from the LNG carriers during loading and the transfer of this gas to a Central Compression Area (CCA) via large stainless steel pipelines ranging in diameter between 34in and 60in.

Recovered gas is compressed at the CCA and further conveyed via a set of carbon steel pipelines to Lot H, Qatargas Lean LNG Tank Farm at Lot N and Qatargas 1 LNG trains for use as fuel gas or for conversion into LNG.

The CCA is located adjacent to the RasGas LNG Tank Farm, which is also known as the Lot H. It features three main buildings: a building accommodating the control equipment including office spaces and the other two accommodating the power equipment.

"The JBOG facility began operations in October 2014 and was officially inaugurated in April 2015."

The required 132kV of power for the CCA is supplied via two sets of cables from the Kahramaa Substation 2 located within RLC.

Tie-in facilities were installed at each of the six berths. The project also involved the upgrade of 85 LNG vessels including Qmax, Qflex, conventional Membrane and Moss type to align with the project facilities.

Contractors involved with the JBOG project

GE supplied six electric motor-driven compressors, which are touted to be the world’s biggest low-pressure (LP) compressors. Electronic controls and valves were supplied by Emerson.

Rafco was subcontracted by Kentz to supply the Armstrong mineral fibre ceiling tiles for the buildings. The facility’s pipe racks, constructed of precast concrete, were supplied by Union Precast Factory (UPF).