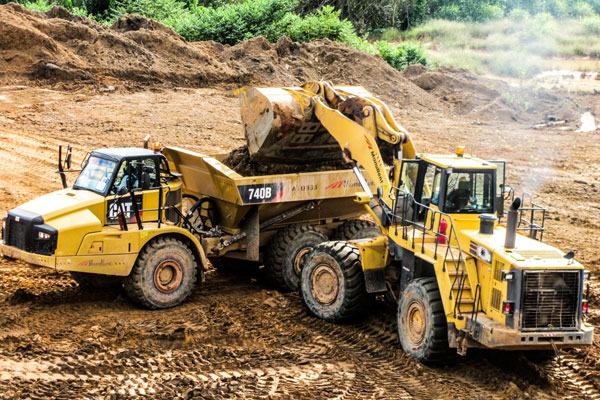 The Kearl oil sands project is located 70km away from Fort McMurray in Alberta, Canada. The onshore field is owned by Imperial Oil and ExxonMobil. Imperial Oil is the operator of the project.

The recoverable bitumen from the Albertan oil sands project is estimated at 4.6 billion barrels over more than 40 years. The project has so far provided employment to around 5,000 people.

ExxonMobil Canada submitted the initial public disclosure for the project in 1997, while an updated project disclosure was submitted by Imperial Oil in November 2003. The project received regulatory approval from the government in June 2008. Engineering, procurement and construction (EPC) activities were carried out between 2009 and 2012. The first production from the field occurred in April.

The construction of the hydrotransport and tailings pipelines made use of 14 heavy pump units, piping, and electrical systems. Approximately 6,000ft (2,000m) of sheet piles were used for creating an emergency dump pond.

Site construction works for the oil sands project involved the installation of piling, concrete foundations, structural steel, modules, tagged equipment, vessels, piping and electrical systems. It necessitated the clearing of 3,000 hectares of timber and excavating 6.1m³ of muskeg. It also required the excavation and segregation of 4.8 million cubic metres of topsoil and subsoil.

The field mines bitumen using proprietary paraffinic froth treatment (PFT) technology. The PFT process does not require on-site upgrading. It processes bitumen only once, removes water and solids and improves the bitumen quality.

High-capacity shovels and heavy-haul trucks are used to take the reserves out from the field and transport them for slurrying and extraction. The slurry preparation plant has two trains that process the sand extracted at a rate of 10,000t/hr. The maximum capacity of the trains is 12,000t/hr.

Kiewit and Klemke Mining joint venture received a contract in June 2008 from Imperial Oil for the initial site clearing and excavations at the project site.

PCL and Horton CBI are responsible for the construction of utilities, extraction, and tank farms in the field. ThyssenKrupp provided the equipment for the Ore Preparation Plant.

Fluor Corporation received a $1.5bn EPC contract in 2009 to provide infrastructure and offshore facilities for the first phase of the project.

AMEC Company was awarded an EPC contract by Imperial Oil for the first phase of the project. AMEC also provided front end engineering design for the project.