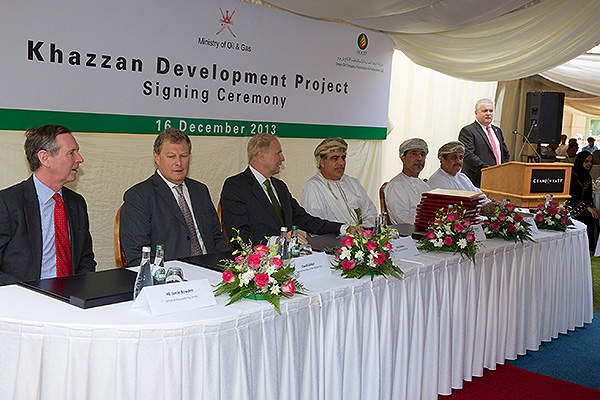 The Oman’s Ministry of Oil and Gas (MOG) and BP Oman signed a gas sales and an amended production sharing agreement for the development of the Khazzan gas field in December 2013. 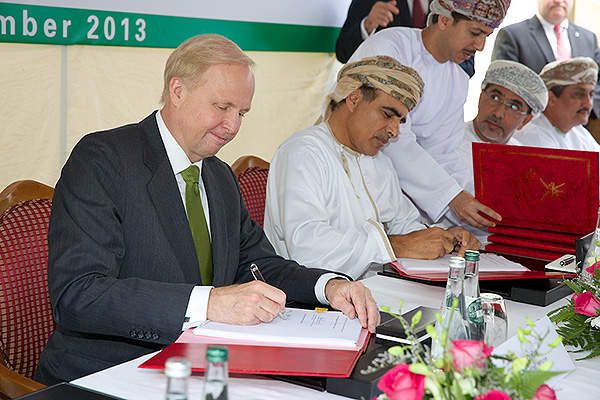 The agreements will extend the lifetime of the Khazzan gas project for the next 30 years. 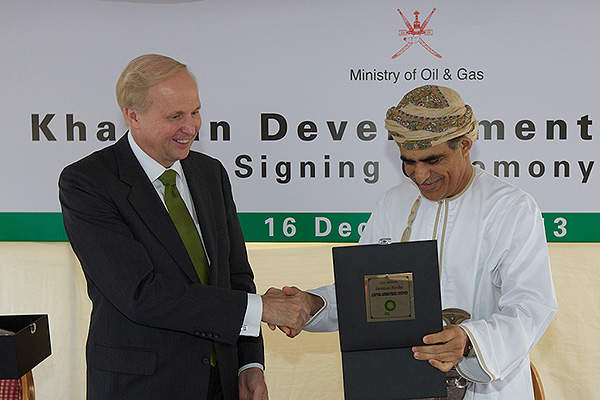 BP Oman is the operator of the Khazzan gas field.

The Khazzan natural gas field, located in Ad Dhahirah Governorate, Oman, was discovered in 2000 and is the biggest new upstream project in Oman.

The field is situated approximately 350km south-west of Muscat and can be accessed via a desert road from Qarn Alum in the south or Fahud in the north.

“The field is currently producing approximately one billion cubic feet per day (bcf/d) of gas and approximately 35,000 barrels a day (bpd) of condensate.”

It is jointly owned by its operator BP Oman (60%) and Oman Oil Company Exploration and Production (OOCEP, 40%).

The total investment on the project is estimated to reach approximately $16bn, including a contribution of $9.6bn by BP.

First production from the second phase is expected in 2021.

Location and reserves of the Khazzan gas field

The Khazzan gas field is located in the south of Block 61 in the Ad Dhahirah Governorate of Oman.

It is estimated to contain proven reserves of approximately 100 trillion cubic feet of natural gas and condensates as of 2012.

The Khazzan and Ghazeer projects are anticipated to deliver around 10.5 trillion cubic feet (tcf) of gas and 350 million barrels of condensate before the end of concession.

BP Oman initially signed an agreement with the Government of Oman to develop Block 61 and the Khazzan and Makarem gas fields in January 2007.

The agreement covered an area of approximately 2,800km2 in central Oman, which features a number of tight gas reservoirs that were first discovered in 1990s.

Oman’s Ministry of Oil and Gas (MOG) signed a gas sales and an amended production sharing agreement with BP for the development of the Khazzan field in December 2013.

These agreements will be valid for the next 30 years and will also provide for additional appraisals for future discoveries within Block 61.

The development plan for the field includes a 15-year drilling programme involving a total of 300 wells.

“The development plan for the entire field includes a 15-year drilling programme involving a total of 300 wells.”

Most of the wells were drilled horizontally using eight drilling rigs due to the tight nature of the rocks in the Khazzan reservoirs.

First gas from the Block 61 test well was achieved and delivered to Oman’s Saih Rawl gas plant in March 2011.

The first development well drilled at the field was the KZN-14, which was drilled by the Dalma-5 rig in September 2013.

It was the first of several hundred development wells to be spudded within the block. First gas from phase one of project was achieved in September 2017.

The field is currently producing approximately one billion cubic feet per day (bcf/d) of gas and approximately 35,000 barrels a day (bpd) of condensate.

Phase two of the Khazzan field’s development, also known as the Ghazeer project, is expected to come online by 2021. It will add 0.5bcf/d of gas and approximately 15,000bpd of condensate production to the project.

The appraisal well for the Ghazeer project was drilled in 2017 and drilling on the first three development wells has already begun.

The Khazzan development project involved the construction of a new central processing facility (CPF) with a designed processing capacity of 1,500 million standard cubic feet of gas per day (mmscfd), as well as 100km of export pipelines, 600km of flowlines and other gathering systems.

The CPF currently comprises two trains with a combined capacity of 1,000mmscfd.

A third train with a capacity of 500mmscfd of gas is being constructed as part of the project’s second phase.

Gas produced from the site is transferred to the processing facility in Block 61 via a 500km-long gathering system.

The construction of the gas-gathering pipeline network began in 2014.

Jacobs was awarded the engineering, procurement and construction (EPC) management for the second phase of the project in January 2018.

Petrofac received the engineering, procurement, construction and commissioning (EPCM) contract from BP for the expansion of the central processing facility in December 2017.

The Sohar Refinery Company was set up in 2003 to construct, commission and operate a new grass roots refinery in Wilayat of Sohar, Oman (250km northwest of the capital Muscat).