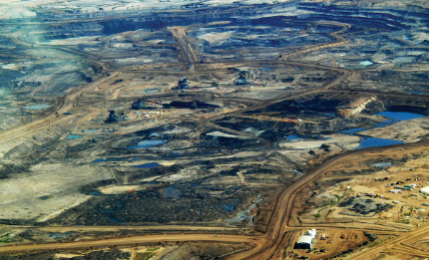 Kitimat Clean oil refinery, proposed to be built in the Kitimat Valley in North Coast region of British Columbia, Canada, will have a processing capacity of 550,000 barrels of diluted bitumen (dilbit) per day, making it one of the ten largest oil refineries in the world.

The refinery will process heavy crude oil from Alberta oil sands and is estimated to produce 240,000 barrels of diesel, 100,000 barrels of gasoline and 50,000 barrels of aviation fuel per day. It will be developed, owned and operated by the British Columbia-based private company Kitimat Clean (KC) founded by David Black in 2012.

Estimated to cost $32bn, the proposed refinery project also involves the construction of a marine terminal near Kitimat, a diluted bitumen oil pipeline from Edmonton to Kitimat, a natural gas pipeline, and a fleet of 11 very large crude carrier (VLCC) vessels.

The massive refinery project is currently under environmental assessment and front-end engineering design (FEED) study phase. Permitting process for the project is expected to be completed by the end of 2016 and the start of commercial operations is anticipated in 2020.

The project is expected to create 6,000 jobs during construction and approximately 3,000 permanent jobs during operation.

Financing of the refinery project

More than half of the energy products produced by the refinery are exported to the north-east US, while the rest are sold in wholesale and retail markets in Eastern Canada.

The state-of-the-art Canadian refinery will be located on 3,000ha of land in Dubose, 25km north of Kitimat and 25km south of Terrace.

The refinery will receive diluted bitumen from the Alberta oil sands region though a 1,150km long and 36in diameter pipeline. Diluents will be extracted at the refinery and returned to Alberta through a 20in diameter condensate pipeline. Bitumen will be processed into fuel products such as gasoline, jet fuel and diesel fuel, which will be transported through eight 14in dia pipelines to the marine terminal near Kitimat on the Douglas Channel.

A fleet of 11 VLCC tankers will collect fuels at the terminal for export around the Pacific Rim. The refinery is also proposed to have a 150MW on-site power generation capacity. Approximately 125,000 barrels per day of fresh water will be sourced from wells for the operations of the refinery.

"The state-of-the-art Canadian refinery will be located on 3,000ha of land in Dubose, 25km north of Kitimat and 25km south of Terrace."

Kitimat Clean refinery will be one of the first heavy oil refineries in the world to use the Fischer Tropsch (FT) processing technology which is known for maximising product yields and quality, while lowering environmental impact.

The FT process, unlike the coking process, which is widely employed in heavy oil refineries around the world to produce high sulphur coke as a by-product by removing the extra carbon from distillation residual oil, adds hydrogen taken from natural gas to the carbon-rich residual oil. This helps in getting the required ratio of carbon and hydrogen to produce high value hydrocarbons such as diesel, gasoline and jet fuel.

Expander Energy, a company based in Calgary, entered into an agreement with Kitimat Clean to license its patented FT Crude processing technology for the proposed refinery, in July 2014. The technology, which received patent in 2013, is believed to provide more than 90% of carbon efficiency, while reducing greenhouse gas (GHG) emissions by more than 50% per barrel.

The technology is expected to help reduce five million tonnes of GHG emissions per year from the refinery, which is equivalent to taking 1.2 million cars off the road.

Hatch was awarded the basic engineering design contract for the refinery in June 2014.