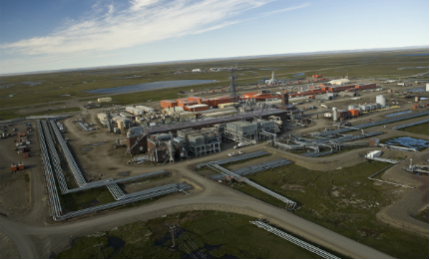 Kuparuk oilfield, the second biggest oilfield in North America, covers an area of 170,000 acres in the North Slope region of Alaska.

The Tarn, Tabasco, West Sak and Meltwater satellite fields share production facilities with Kuparuk, while the Drill Site 3S (Palm field) was developed as an extension to Kuparuk.

Remaining recoverable reserves in the Kuparuk area are expected to be six billion barrels, and the oil from the area has an average API gravity of 24 degrees.

The Blake oil field is a North Sea oil field 64 miles from Aberdeen, in the Outer Moray Firth.

The first project is the Drill Site 2S (DS2S) project, a new development in the southwestern Kuparuk field, which was approved for funding by COPA and its partners in October 2014. The project is expected to increase the peak production capacity of the field by 8,000 barrels of oil per day (bopd).

The three projects will be developed with a combined investment of approximately $2bn, and they are expected to add an additional 40,000bopd to North Slope production by 2018.

Drilling activities will start mid 2015, and first oil is expected to flow in late 2015. Approximately $500m is estimated to be invested in the project.

"Remaining recoverable reserves in the Kuparuk area are expected to be six billion barrels."

Kuparuk oilfield was discovered in 1969, two years following the discovery of Prudhoe Bay, the biggest field in North America. Kuparuk is located 40 miles west of the Prudhoe Bay field.

Sinclair Oil and Sohio (now BP) discovered the field by drilling the Ugnu No 1 well. ARCO acquired the field in the same year and later handed it over to ConocoPhillips. Production from the field started in 1981 with initial estimation of 1.6 billion barrels of recoverable reserves from the field.

Production peaked at 322,000 barrels per day (bpd) in 1992. The introduction of a large-scale, enhanced oil recovery (LSEOR) project and subsequent discovery of its satellite fields enabled the cumulative production to reach two billion barrels in July 2005.

The field has produced more than 2.5 billion barrels of oil.

Infrastructure and facilities at the Kuparuk oilfield

COPA, in recent years, introduced new drilling rigs at the field to enhance its production. The CDR2-AC purpose-built coiled tubing drilling (CTD) rig was introduced at Kuparuk in May 2009.

COPA further contracted Doyon Drilling in July 2014, to supply a new rotary rig for the field. The new rig will be named Doyon 142.

ConocoPhillips awarded the engineering and procurement services contracts in October 2014 to URS Corporation, CH2M HILL, and ASRC Energy for a number of projects the company is implementing at Kuparuk, Alpine and Cook Inlet. The contracts are valid for five years.