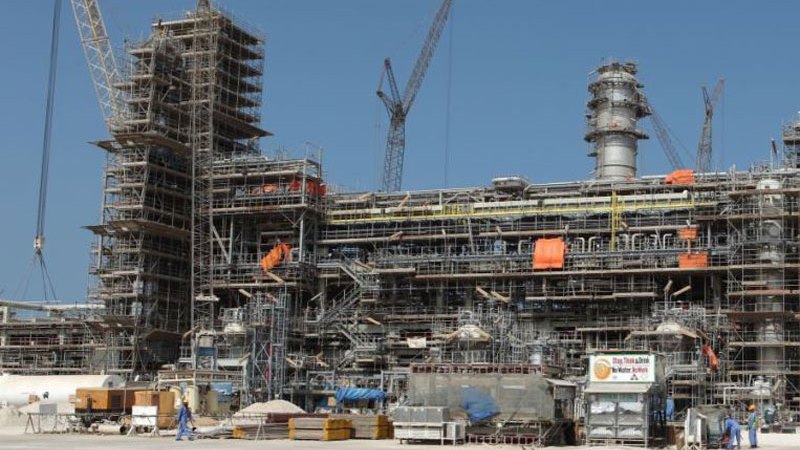 Laffan Refinery 2 (LR 2) is a new condensate refinery built in Ras Laffan Industrial City in Qatar, with an investment of $1.5bn.

The refinery commenced production in December 2016 and was officially opened in February 2017.

It has the capacity to process 146,000 barrels of condensate a day from the North Field, which is the world’s biggest single natural gas field by reserves.

Naphtha, Jet-A1 fuel, diesel fuel, propane and butane are all produced at the new site.

LR 2 will increase the refinery capacity of Qatar Petroleum to meet the demand for cleaner fuel products, while increasing the export of diesel and other refined products to domestic and overseas markets across south-east Asia and Europe.

Developed as an expansion to the Laffan Refinery 1, the LR2 project forms part of Qatar National Vision 2030 for guaranteeing efficient energy distribution for the nation, while meeting the most stringent environmental standards.

Total signed the joint venture (JV) agreement with Qatar Petroleum, along with the four Japanese firms, to construct a new condensate refinery and a diesel hydrotreater in April 2013.

The new refinery is built adjacent to Laffan Refinery 1, which was commissioned in 2009.

Construction on the new facility began with the laying of foundation stone in April 2014, and was completed in December 2016.

Laffan Refinery 2 is made up of major units such as distillation units, naphtha and kerosene hydrotreaters, hydrogen unit and a saturation gas plant. It has doubled the capacity of the refinery complex, with a throughput of 146,000 barrels of condensate a day.

The condensate refinery also includes a wastewater plant to treat and recycle industrial water from LR 1 and LR 2.

Treated water is reused for cooling and feeding the boiler, in order to reduce the overall water intake and discharge of treated industrial water from the facilities.

"LR 2 has the capacity to process 146,000 barrels of condensate a day from the North Field, which is the world’s biggest single natural gas field by reserves."

The new refinery shares certain facilities with the Laffan Refinery 1 to attain high efficiency in refinery operations. It also has the ability to operate in hot, arid and costal climatic conditions.

Chiyoda and CTCI were jointly awarded a contract by Qatargas for the engineering, procurement, supply, construction and commissioning (EPSCC) of the Laffan Refinery 2 project in May 2013.

Nexans was subcontracted by Chiyoda and CTCI to supply more than 1,000km of cable, including low and medium-voltage single and multi-core, armoured, IEC standard, flame-resistant cables for the refinery.

SNC-Lavalin was awarded a contract by Qatargas for the engineering, procurement, supply, construction and commissioning of a water recycling facility at the Laffan Refinery 2 in November 2015.

Idemitsu was responsible to provide technicians to support the development and operations of the LR 2.