212 billion cubic feet of gas and 4.2 million barrels of condensate 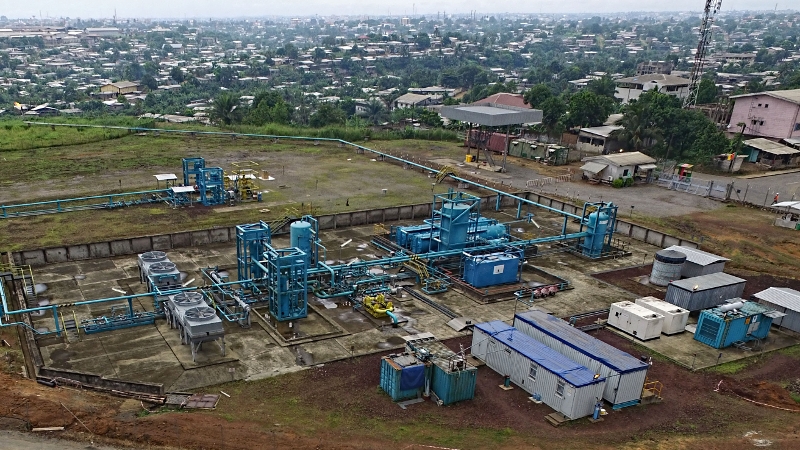 Logbaba gas and condensate field is located in the eastern part of the Douala region of Cameroon, and is the first commercial onshore field in the region.

The field supplies natural gas to various industries in the Douala region. First production from the onshore field was achieved in December 2011.

GDC is currently carrying out an expansion to recover additional resources from the site.

The project includes the drilling of two production wells, which are scheduled to be completed by the third quarter of 2017.

The Logbaba field reservoir is made of Upper Cretaceous-aged sandstones, with gas contained in the Logbaba Formation.

The formation is divided into Upper and Lower sections, and encompasses a thick sequence of interbedded sands and shales lying at depths between 1,700m and 3,200m.

Logbaba’s original proven and probable reserves were estimated to be 209.6 billion cubic feet (bcf) of gas and 2.93 million barrels (Mmbbl) of condensate.

The field’s remaining proven and probable reserves as of June 2016 were roughly 202.3bcf and 2.83Mmbbl respectively.

Production and processing at Logbaba field

The produced gas is processed at the Logbaba gas processing plant and supplied to four main industrial hubs in the region via an extensive pipeline network spanning 34km.

The condensate separated from the processing plant’s gas is stabilised and transported to the Sonara refinery, which is situated in Limbe.

GDC is conducting a $40m two-well drilling programme at Logbaba in order to meet the growing demand for gas in Douala.

The current demand in the region is approximately 150Mmscf a day.

The La-107 and La-108 wells will recover gas reserves from the Logbaba formation, as well as aid the movement of some of the field’s 2P reserves into the 1P category.

“The formation is divided into Upper and Lower sections, and encompasses a thick sequence of interbedded sands and shales lying at depths between 1,700m and 3,200m.”

Additionally, La-107 well is being drilled with the secondary of objective of exploring the reservoir’s Lower Cretaceous Mundeck Formation.

The well encountered 35m of gas-bearing sands as of July 2017.

A 300m high-pressure flowline has been installed at the well, and production is expected to commence in the third quarter of 2017.

Well La-107 is also set to be completed, and drilling will then move focus to the sidetracking and completion of the La-108 well. Engineering design of La-108 well has also been accomplished.

A 1,500HP drilling rig fixed on rails known as Komako 1 is currently being used to carry out the drilling operations.

The rail system enables the rig to move back and forth to carry out batch drilling activities in the two wells.

Savannah Oil Services Cameroon has been contracted to drill the two development wells.