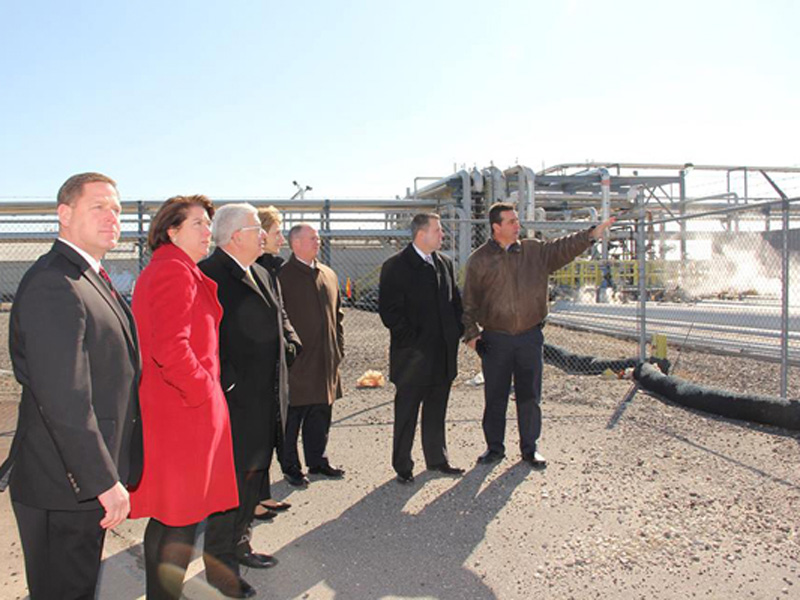 The project covers a total area of 19 acres and is developed to transport natural gas liquids (NGLs) such as propane, ethane and butane from the Marcellus and Utica shale regions in Western Pennsylvania, West Virginia and Eastern Ohio to the Marcus Hook Industrial Complex (MHIC), located in Southeastern Pennsylvania.

NGLs are processed, stored and chilled at the MHIC, and further distributed to local, domestic and international customers. The MHIC serves as an off-take outlet for the Mariner East 1 pipeline system.

Construction works for Mariner East 2 began 2017 and the project came online in December 2018. Overall investment in the Mariner Phase 2 project is approximately $2.5bn.

The Mariner East 2X pipeline is expected to be operational by the end of 2019.

The Mariner East 1 underground pipeline originates from Markwest Energy Partner’s Houston Processing and Fractionation Complex and terminates at the MHIC.

The pipeline is approximately 300 miles (482km)-long and incorporates 8in diameter pipes, except for the 51 mile (82km) stretch between Washington County and Westmoreland County, where 12in diameter pipes are used.

Mariner East 2, also known as the Pennsylvania Pipeline Project, originates from the processing and fractionation complexes in Ohio, West Virginia and western Pennsylvania, and terminates at MHIC. The underground pipeline follows the Mariner East 1’s right-of-way and integrates 20in diameter pipes. It is 350 mile (563km)-long, stretching 23.6 miles (38km) in Chester County and 11.4 miles (18.3km) in Delaware County.

The Mariner East 2X pipeline system will have a capacity of 250,000bpd.

The main control centre for the pipeline is located in Sinking Spring near Reading, Pennsylvania. Pipelines are inspected with X-ray technology during the welding phase, provided with protective bonded-epoxy coating and cathodic protection systems, and are monitored with inspection tools known as smart pigs.

The Mariner East 2 project also involved the construction of additional facilities at MHIC in order to accommodate the extra capacity. Two propane tanks with a combined storage capacity of 1.5 million barrels, a 600,000-barrel butane tank and a 300,000-barrel ethane tank are installed at the site.

Construction methods employed for the installation of the pipelines for both phases are the open-cut method and the drilling method, incorporating either horizontal boring or horizontal directional drilling.

“The NGLs are processed, stored and chilled at the MHIC, and further distributed to local, domestic and international customers.”

Benefits from the Mariner East Project

An economic impact study completed by Econsult Solutions in January 2018 stated that the Mariner East project will generate approximately $9.1bn in Pennsylvania’s economy and create approximately 57,070 jobs, with earnings of $2.7bn.

The air permit application for Mariner Phase 2 project was prepared by Tetra Tech.