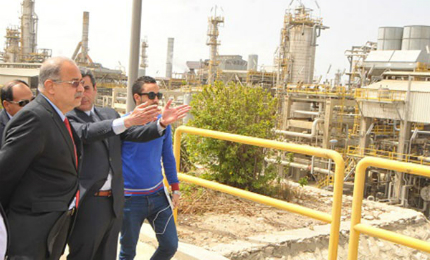 Middle East Oil Refinery (Midor), considered to be Africa’s most advanced refinery, is being expanded to increase its capacity from the existing 100,000 barrels per day (bpd) / five million tonnes per year to 160,000bpd.

The deep conversion (zero fuel oil production) refinerycovers an area of approximately 500 acres within the Amerya Free Zone, near Alexandria, Egypt. The refinery came online in October 2000, the first shipment of diesel was made in February 2001, and the first shipment of gasoline was made in April 2001. The refinery construction was partly funded by the European Investment Bank.

A $1.3bn capacity expansion project was launched in August 2014 and is scheduled for completion in 2017. It is expected to increase the refinery’s revenue by approximately 30% and improve its products to reach the Euro 5 fuel standards. Major upgrade projects at the site are being performed simultaneously.

The refinery also houses a 64,000m3/hr hydrogen plant and a 290t per day sulphur plant, and tail gas treatment facility licensed by KTI. A 30,000bpd delayed coker and 1,150t per day light ends and LPG recovery units licensed by Conoco-Bechtel are also installed.

The products from the refinery are exported by means of a pipeline network linked to the Dekheila Port and distributed in the domestic market via another network connected to pipeline networks owned by Alexandria Pipeline Company.

The expansion project will increase the yearly production capacity of liquefied petroleum gas (LPG) by 257,000t, high-octane gasoline by 1.4 million tonnes, jet fuel by 1.6 million tonnes and diesel by 3.4 million tonnes, making it one of the largest refineries in Egypt.

The refinery is also implementing a two-phased wastewater treatment project to retrieve industrial wastewater for re-use at the refinery, with the ultimate aim of achieving a zero liquid discharge. The first phase of the project came online in July 2014. Phase II, involving the installation of a new treatment unit to recycle the wastewater for steam production, is currently in progress.

Upgrades are also being carried out subsequently on the refinery’s distributed control system (DCS), control system of some units, and connections to the boilers chimneys.

Contractors involved with the expansion and upgrades at Midor

The economic and technical feasibility studies for the expansion project were performed by UOP. Enppi is installing the new pre-flash tower for the CDU unit with an investment of approximately $6m.

The engineering, procurement and construction (EPC) contractor for the refinery was the joint venture (JV) of TTIL comprised of Technipetrol, Technip and Technip International. This JV was also contracted by Middle East Oil Tankage and Pipelines (MIDTAP), comprised of EGPC (40%), the MISR Bank (30%) and Egyptian private investors (30%), to perform the EPC activities for the refinery’s utilities and offsites.

Expansion of the refinery’s delayed coking unit was completed by Technip in 2010, reaching a capacity of 30,000bpd, a 12.5% increase.

The refinery’s petroleum coke-handling system was supplied by Roberts & Schaefer and eight pressure vessels for the refinery were supplied by Škoda under a subcontract from KTI.