Diesel and other light and medium hydrocarbons 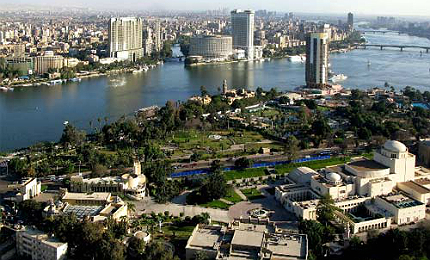 The Mostorod refinery is situated near Cairo and is already one of Egypt’s largest refineries, with a throughput of 142,000 barrels per day (bpd).

As part of an ongoing programme by the Egyptian Government (Egyptian Ministry of Petroleum) to increase the oil-processing capacity of the country, the site is now being developed with a further refinery being constructed adjacent to it (the Citadel refinery).

The government has plans to increase production of lighter products, petrochemicals and higher-octane gasoline products by expanding and upgrading existing facilities.

In addition, there are plans to build five new refineries and petrochemical plants valued at $2.5bn. Egypt’s refineries already have the capacity to process more than 546,000bpd of crude.

The Mostorod refinery has a working capacity of 142,000bpd and a design capacity of only 115,000bpd.

The refinery is operated by the Cairo Oil Refining Co (CORC), a unit of the Egyptian General Petroleum Corp (EGPC), and first came onstream in 1973.

At the refinery there is also a light naphtha isomerisation unit producing 330,000t per year of high-octane unleaded gasoline and a hydrotreating unit, both of which use processing technology licensed by UOP LLC (subsidiary of Honeywell) of the US. It has been installed at Mostorod, together with a state-of-the-art control system, a power distribution network and a fire protection system.

General utilities were also upgraded in 2000 as part of a project completed by EGPC’s engineering unit ENPPI (Engineering for the Petroleum and Process Industries).

The new Citadel refinery at the Mostorod Petroleum Complex is being constructed in an industrial area situated 10km to the north of Cairo, on land that was provided by the CORC.

“In addition there are plans to build five new refineries and petrochemical plants valued at $2.5bn.”

The new project requires an investment of $3.7bn and preparatory work started on the project in September 2007. The project will employ about 10,000 workers during construction phases.

The construction is expected to begin in 2013 and the plant is scheduled to be operational by the end of 2016.

The project management consultant is WorleyParsons of Australia and the main EPC contract worth $1.8bn was awarded in August 2007, to the JV of Mitsui of Japan and GS Engineering & Construction of South Korea. GS will carry out the engineering and construction element, with Mitsui providing procurement services.

The plant will include a two-million-tonnes-a-year unit for the production of high-quality diesel. The other complex units will include an 80,000bpd vacuum distillation unit (VDU), along with a 40,000bpd hydrocracker that can transform lower-quality products into the middle distillates which are in high demand. The crude distillation units are being constructed by ENPPI.

Financial backing for the Egyptian refinery

The plant will be operated by the Egyptian Refining Company (ERC) in conjunction with CORC. The project is being financed by a debt / equity split of about 65:35 (debt from medium and long-term bank loans).

Morgan Stanley and Societe Generale are the financial advisers on the loan. Citadel Capital, an Egyptian private equity firm, is providing the equity.

Citadel owns 85% of the ERC and EGPC has 15%. Swicorp Joussour, based in Riyadh, also acquired a stake in the new refinery in January 2008 worth $200m.

In November 2006 Petrofac was awarded a lump sum engineering, procurement and construction (EPC) contract worth $375m by the Khalda Petroleum Company (KPC) to build two new gas processing trains (SGT3 and SGT4) at the Salam facility in Egypt’s Western desert.