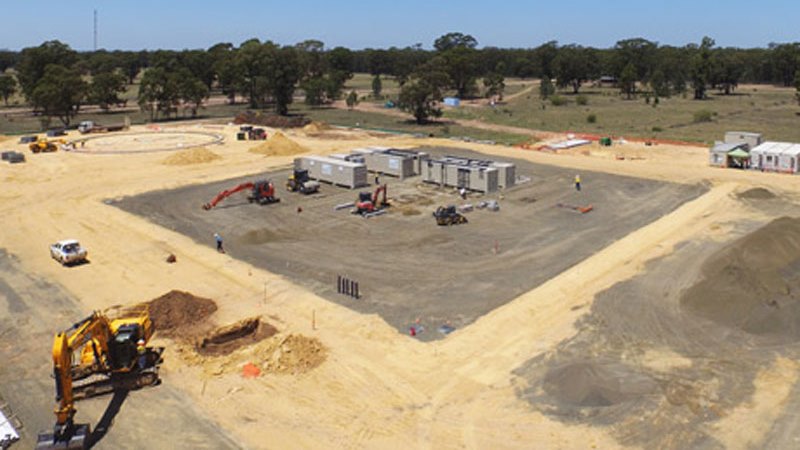 Narrabri Gas Project is a coal-seam gas (CSG) project currently under development in the Gunnedah Basin, New South Wales (NSW), Australia. The project is being developed and overseen by Australian energy company Santos.

The major project is expected to provide for up to 50% of NSW’s gas needs, while delivering significant benefits to the local community and surrounding region.

The operations of Narrabri Gas Project will extend over approximately 1,000ha of land area within the wider 95,000ha project site, located just outside of Narrabri. The majority of the project will use state-owned land, which has been reserved by the NSW Government for a multitude of purposes, including forestry and extractive industries.

Drilling of the first CSG wells in the area concluded in 1998.

Santos took operatorship of the Narrabri Gas Project through the acquisition of Eastern Star Gas (ESG) in November 2011. The company submitted a development application to the NSW and Commonwealth Governments in February, which included an environmental impact statement (EIS).

The drilling procedures used at Narrabri Gas Project comply with the NSW Well Integrity Code of Practice, as reviewed by the NSW Chief Scientist and Engineer.

Lateral drilling techniques will be implemented to drill 850 wells in the Narrabri area. This involves the drilling of vertical wells, which will then be steered horizontally and / or laterally along the coal seams.

The production wells will include a minimum of two layers of steel casing and cement to isolate the coal seams from aquifers and other geological formations. The steel pipes can resist functional pressures during drilling, testing and production, while the laboratory-tested cement used in the wells will suit the environment in which it is placed.

Wells will be remotely monitored in real-time and can be shut either manually or automatically in the event of malfunction.

Ineffective wells will be decommissioned and above-ground facilities removed if and when required. The entirety of the well will be sealed with cement to protect the aquifers long after such wells are terminated.

Water extracted from the wells is transferred from the field to newly built double-lined ponds at the Leewood facility, near the Pilliga scrub land, through an underground flow-line.

Santos has constructed a new reverse-osmosis plant at Leewood for the purpose of treating the water.

Gas transportation at the Narrabri project

Gas produced by the project will be transported to the NSW market via a new pipeline connection to the existing Moomba-Sydney pipeline.

The new pipeline will be built and owned by APA Group, subject to approval confirmation.

APA Group signed a heads of agreement with ESG and Gastar Exploration in July 2008 to enquire about arranging the supply of coal -seam gas from the project into the gas market in south-eastern Australia.

Eco Logical Australia was contracted to perform sampling and analysis of the groundwater in the Gunnedah Basin, south-west of Narrabri. It also determined the groundwater flow and processes in the surrounding area.

"The major project is expected to provide for up to 50% of NSW’s gas needs, while delivering significant benefits to the local community and surrounding region."

Brisbane-based advisory firm Ranbury provided additional assistance to Santos for the formulation of the EIS, as well as cultural heritage consultation for the project.

The project is anticipated to generate approximately $1.2bn in state royalties over a 20-25 year timespan, in addition to contributing up to $120m towards the Gas Community Benefit Fund, which will support local programmes and initiatives.

The Narrabri Gas Project is also expected to create roughly 1,300 jobs during the initial construction phase, and a further 200 permanent jobs during operations.