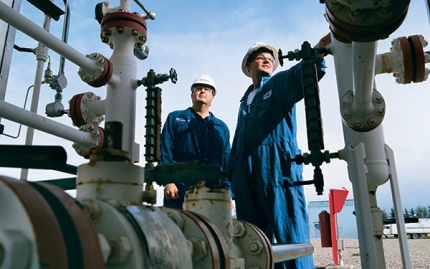 The Northern Courier Pipeline (NCP) is a 90km pipeline system that has been laid to transfer bitumen and diluent products from the Fort Hills mine and bitumen extraction facility to Suncor’s East Tank Farm (ETF) located near the oil sand hub of Fort McMurray, Alberta.

It was originally approved for construction by the Alberta Energy Regulator (AER) in July 2014.

The C$800m ($745m) pipeline project was taken up as part of the C$13.5bn ($12.3bn) Fort Hills oil sands mining project, which is being developed by the Fort Hills Energy Limited Partnership (FHELP) comprising Suncor and its partners Teck Resources and Total SA.

The Alberta oil sands project achieved first oil production in January 2018 and is expected to produce up to 194,000 barrels of oil a day during the first year of production.

TransCanada initiated a feasibility study and consulted with stakeholders and Aboriginal communities for the Northern Courier pipeline project in June 2012.

The construction approval application for the project was submitted to the Alberta Energy Regulator (AER) in April 2013.

The project complements TransCanada’s extensive pipeline network in Alberta, which includes approximately 24,200km of natural gas pipelines across the Canadian province and roughly 3,500km of crude oil pipelines as part of the Keystone Pipeline system that transports crude oil from Alberta to other US markets.

The NCP project features a bitumen pipeline and a diluent pipeline, both 90km in length, as well as associated pipeline installations such as a pipeline tank farm, bitumen pump station and  diluents pump station.

The Northern Gateway pipelines project includes construction of a 1,177km (731 miles) long twin pipeline from Alberta to British Columbia (BC). .

The pipeline transports heated or diluted bitumen from the Fort Hills Mine and Bitumen Extraction Facility to the East Tank Farm (ETF).

The diluent pipeline runs parallel to the Bitumen pipeline and transports diluents such as condensate, diesel and synthetic crude oil from the ETF to Fort Hills.

Construction of the pipeline

Construction on the Northern Courier pipeline began in the third quarter of 2014 and the pipeline was put into service in November 2017.

Crossing techniques such as boring, horizontal directional drilling (HDD) and open cuts were employed for constructing a water course, railway and road, as well as other pipeline crossings planned along the pipeline route.

The 1.7km-long Athabasca River Crossing project was constructed using HDD techniques in order to minimise impact on the river.

The pipeline construction involves the use of heavy machinery for earth moving, excavation, material handling / hauling, welding and testing.

Contractors involved with the project

TransCanada was selected to design, build and operate the Northern Courier pipeline under a long-term contract that was signed in August 2012.

Allnorth Consultants provided technical field services such as materials testing and surveying for the construction of tank farms.