$4bn on the LNG plant

145 billion cubic metres of gas and 3.9 million tonnes of condensate

LNG Output in Phase I

2.6 million tonnes a year of LNG

5.2 million tonnes a year of LNG 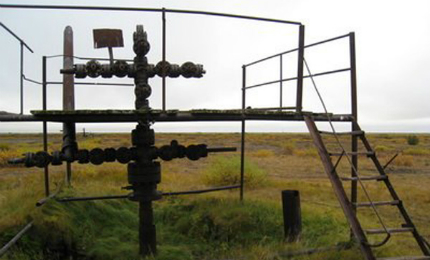 The feasibility study of the project was completed by Technip in May 2010 and pre-investment studies were simultaneously completed by Gyprospezgas in collaboration with Gazprom VNIIGAZ.

Overall investment for the LNG plant, along with associated infrastructure is estimated to reach $4bn. The project aims to export LNG to Asia-Pacific countries.

The expansion involved an increase in crude oil production using new platforms and the construction of a new LNG infrastructure for the export of natural gas to international markets.

Following the discovery of Kumzhinskoye field, 23 wells were drilled. The wells had to be abandoned following an accident at well number 9 in 1979.

A 3D seismic survey, covering an area of 144m², was conducted at the field in 2010 by Narian-Marseismorazvedka following which, the field’s gas reserves increased by an additional 20 billion cubic metres (bcm).

At Korovinskoye field, existing wellheads number 42, 44, 47, 64 and 68 were restored in 2012 by Nenets Petroleum Company. Evroseverneft collaborated with Northern paramilitary group to develop an action plan for the wellhead restoration programme.

The two gas fields are estimated to hold combined reserves of approximately 145bcm of gas and 3.9 million tonnes of condensate. Condensate from the fields will be used to produce gasoline and diesel fuel to meet the NAD’s requirements.

The LNG plant will cover an area of 220ha within the Indiga community area on the coast of Pechora Sea. The complex will process approximately four billion cubic metres annually of dry gas and produce 2.6 million tonnes a year of LNG using patented C3MR technology licensed by Air Products and Chemicals (APCI), when Phase I of the project comes online.

The design further allows for expansion of the facility to process eight billion cubic metres a year of dry gas and increase LNG output to 5.2 million tonnes a year.

LNG from the project will be exported using LNG tankers supplied by Far Eastern Shipbuilding and Ship Repair Center (FESRC).