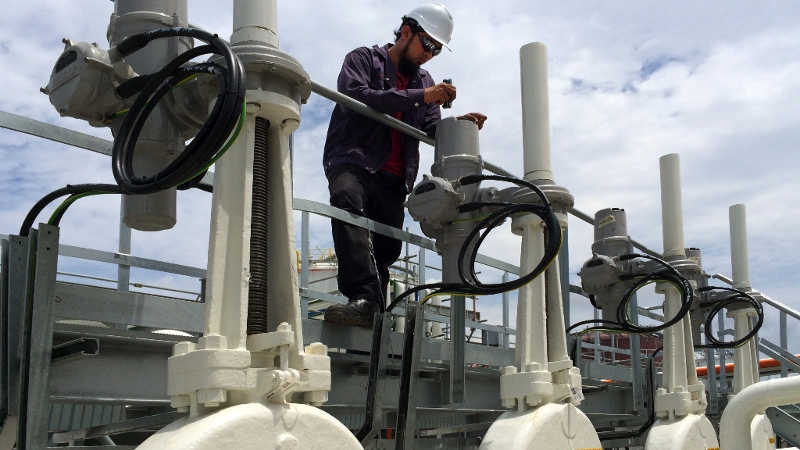 Pengerang deepwater terminal is located in the southern part of Johor peninsula in Pengerang, Malaysia.

It is the first project of its kind in Southeast Asia and is intended to fulfil the growing need for storage capacity in the region.

The terminal is owned and operated by a joint venture of Royal Vopak (44%), Dialog Group (46%) and State Secretary (10%) knoan as Pengerang Independent Terminals.

The site is located next to the PETRONAS’ RAPID project and the first phase of development was completed in the second quarter of 2014.

It has a storage capacity of approximately 1.3 million square metres and involved an investment of RM2bn ($467.67m).

The developers are currently executing phase two of the project, which is valued at approximately RM6.3bn ($1.47bn) and will further increase the terminal’s storage and handling capacity.

Phase two is expected to be commissioned by 2019.

Phase one of the terminal project began in late-2011 and has been developed on 150 acres of reclaimed land.

The terminal has a deep draft of 24m and six deepwater jetties for ships to load and unload cargo, and provides storage, blending and distribution of crude oil, petroleum and petrochemical products.

Construction of phase one was divided into phases 1A, 1B and 1C.

Phase 1A included the construction of 25 tanks for clean petroleum products, comprising a total storage capacity of 432,000m³.

Phase two of the terminal was announced by the developers in December 2014. It is set to include the development and construction of dedicated handling, storage and distribution facilities for PETRONAS’ RAPID complex, which is being developed near the terminal.

The second phase will be developed on 157 acres of land and have a storage capacity of 2.1 million square metres. It will include the construction of a deepwater jetty with 12 berths capable of accommodating very large crude carriers up to QMax size.

Phase two will also include the development of an LNG regasification terminal, including a regasification unit and two LNG storage tanks with a capacity of 200,000m³ each. The terminal will have a send-out capacity of 3.5Mtpa of natural gas.

“The developers are currently executing phase two of the project, which is valued at approximately RM6.3bn ($1.47bn) and will further increase the terminal’s storage and handling capacity.”

LNG unloaded from the carriers will be stored in the storage tanks before being converted into gaseous form. It will be the primary supply for the RAPID complex’s cogeneration plant.

The gas is also planned to be injected into the Peninsular Gas Utilisation pipeline system to provide national gas security.

The LNG terminal is expected to become operational in the fourth quarter of 2017.

Dialog Malaysia is the engineering, procurement and construction (EPC) contractor for the terminal.

MIE Industrial was awarded the electrical and instrumentation works contract for the development’s second phase.

Wah Seong Corporation was contracted to supply coated steel pipe piles, while Pharlap is responsible for installing the pipes and fittings.

Strainstall is supplying its DockAlert™ berthing system to enable safe and secure mooring and berthing operations at the terminal. The company also supplied mooring solutions for phase one of the project.

NSC Sicherheitstechnik supplied fire detection systems for phase one of the terminal, which were installed by Sentrix Technology.

Rotork supplied electric valve actuators, while AkzoNobel was awarded the coatings deal for the tanks as part of phase one.

Independent Port Consultants advised on a number of aspects of the project.