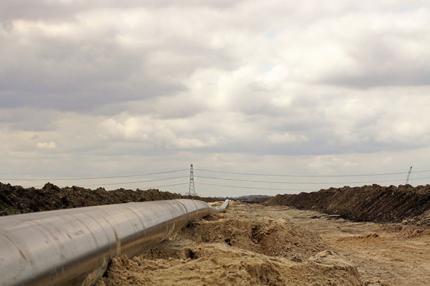 The PennEast Pipeline Project is a proposed interstate pipeline for supplying natural gas to Pennsylvania and New Jersey areas. To be constructed at a cost of $1bn, the pipeline will be 118 mile (190km)-long and will deliver approximately 1bcf of natural gas a day.

Conceived to provide natural gas directly from the Marcellus Shale production region to the growing markets of Pennsylvania and New Jersey, the project aims at supplying clean, affordable and abundant natural gas to 4.7m homes.

An application has been initiated seeking approval from the Federal Energy Regulatory Commission for the project with expected commissioning date of November 2017. Construction on the pipeline is anticipated to commence in October 2016.

The pipeline is planned to start from Dallas, Luzerne County, northeastern Pennsylvania and terminate near Pennington, Mercer County, New Jersey at the Transco pipeline interconnection.

"The terminus of the pipeline system is proposed to be located in Mercer County, New Jersey, at a delivery point with Transco."

The project will consist of a 36in diameter main pipeline, three lateral pipelines with diameters of 24in, 12in and 36in, a new compressor station, mainline valves and ancillary facilities including pig launchers, milepost markers and cathodic protection test points. The pipeline will have a maximum allowable operational pressure of 1480psi.

In the eastern Marcellus region, the pipeline will connect with a number of receipt point interconnections that include interconnections with Transcontinental Gas Pipe Line Company (Transco). The pipeline will also extend from a number of gathering systems located in Luzerne County, Pennsylvania that are operated by Williams Partners, Energy Transfer Partners and UGI Energy Services.

The terminus of the pipeline system is proposed to be located in Mercer County, New Jersey, at a delivery point with Transco.

Compressor station along the PennEast pipeline

The compressor station is planned to be constructed in Kidder Township, Carbon County, Pennsylvania. The selected site is located in a forested location and spread over 60 acre with the compressor designed to provide 47,700hp of compression.

Three gas turbines with 15,900hp of compression, one natural gas-fired emergency generator and a fuel gas heater will be included at the compressor station.

The project will include three lateral pipelines – a 24in Hellertown lateral, a 12in Gilbert lateral and a 36in Lambertville lateral.

The Hellertown lateral, a 2.1mi-long lateral pipeline with 24in diameter, will be located in Northampton County, Pennsylvania. It is planned to be interconnected with Columbia Gas and UGI Utilities.

The Gilbert lateral will be a 0.6mi-long lateral pipeline of 12in diameter connecting the main pipeline in Hunterdon County, New Jersey to the Gilbert Electric Generating Station and further to NRG REMA and Elizabethtown Gas.

The Lambertville Lateral will be a 1.4mi-long lateral pipeline of 36in diameter to be built in Hunterdon County, New Jersey. It will be interconnected with Algonquin and Texas Eastern.

Benefits of the PennEast pipeline

The pipeline project is expected to boost the economies of Pennsylvania and New Jersey by adding $1.6bn in wages, revenues and investments. A total of 2,160 jobs will be created that are expected to generate $740m in wages.

Additionally, the construction of the project will result in energy cost savings for the customers because of the supply of a cheaper and cleaner energy source.