A$14.9bn (for development of the whole gas project) 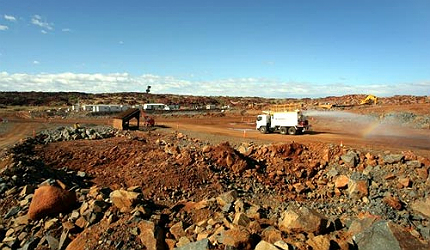 The Burrup Park LNG plant is located on the Burrup Peninsula near Karratha in Western Australia. It has been developed to support the new offshore Pluto gas fields (discovered in 2005) as well as other regional fields, such as its satellite field Xena.

The new facility has been developed by Woodside Burrup, a subsidiary of Woodside Energy.

The project, which started construction in the fourth quarter of 2007, was originally scheduled to deliver gas for exportation at the end of 2010. Completion, however, was delayed until March 2012 due to weather and design-related issues. The project was finally put into production in April 2012.

The investment for the LNG project is estimated to be in excess of A$1.4bn. However, the total budget for the development of the Pluto gas field is A$14.9bn (including platforms, pipelines and the gas liquefaction plant).

Woodside Energy had decided to pay for its share of the project using free cash flow from operations, debt issues and a dividend reinvestment plan.

The Burrup Park project has been developed next to the port of Dampier. The onshore infrastructure occupies approximately 80ha on a 200ha leased site.

"Pluto and its smaller satellite field Xena, are off the north-west coast of Australia."

Front-end engineering and design (FEED) for the onshore facility started in September 2006 (A$192m project) and was undertaken by FWWP (a joint venture of Foster Wheeler (60%) and Worley Parsons (40%)). FWWP was also awarded the engineering, procurement and construction contract for the project.

In November 2007, Leighton Contractors was awarded a A$223m contract for site preparation and bulk earthworks at the Burrup Park site. This work involved drilling and blasting, as well as loading and hauling spoil. Compaction, crushing and screening were completed in April 2009.

In August 2008, John Holland, a Leighton subsidiary, was awarded a A$106m contract for the construction and commissioning of three field auxiliary rooms, six substations and a combined substation / field auxiliary room. These works were completed in January 2010. The concrete storage tanks and condensate tanks at the site were constructed by BGC with CB&I as the subcontractor.

The current facility comprises a single LNG train with the capacity to send out 4.3 million tons (mt) annually. In addition, there is a fractionation unit, an acid gas recovery unit, gas purification units, two gas storage facilities of 240,000 cubic metres capacity and three smaller condensate tanks, a boil-off gas compressor, a shipping channel, loading berths, a turning basin, gas turbine power generation units and all other necessary infrastructure, such as offices, roads, dormitories and a canteen.

Woodside will eventually add more LNG trains to the site, and also possibly a domestic gas hub. It has already completed FEED for the next two LNG trains.

Woodside Energy owns 90% of the Burrup Park project and the other ten percent is split between two gas companies, which will take delivery of the gas output from the plant for at least 15 years (with option to extend for a further five years).

The majority of the LNG will go to two Japanese utilities companies, Tokyo Gas and Kansai Electric, which will receive up to 3.75mt a year (Tokyo Gas 1.75mt and Kansai Electric 2mt), which is about 85% of the first train production. Each company intends to operate one LNG tanker and Woodside Energy will lease another to transport smaller quantities of gas to other customers.

The gas that doesn’t go to Japan may be transported to the west coast of the US where Woodside might construct another LNG terminal (part of this potential project might involve special carriers with their own regasification equipment).

In January 2011, Asean LNG Trading (ALTCO), a subsidiary of Petronas, signed a purchase agreement with Woodside Petroleum for 19 cargoes of LNG from the plant. The supplies will continue until 2014.

"The Pluto and Xena fields are expected to yield five trillion cubic feet of gas."

Pluto and its smaller satellite field Xena, are located off the north-west coast of Australia in 1,000ft of water, about 163km (120 miles) from Karratha.

The Pluto field has initially been developed with five big-bore subsea wells tied back to an offshore platform in 275ft of water. Gas from the platform is transmitted to the onshore LNG facility via a 80km pipeline measuring 30in in diameter.

Development of these gas fields (FEED contract) has been undertaken by a joint venture (EOS) of Worley Parsons (50%) and KBR (50%). The Pluto and Xena fields are expected to yield five trillion cubic feet of gas and provide approximately 20 years of production to the new LNG plant.

It is possible that other gas sources could be tied into production at the plant from the Browse Basin or from the Gorgon Complex (40 trillion cubic feet reserves).