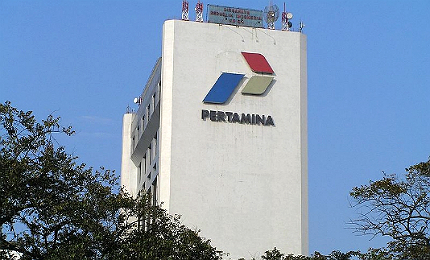 Cilacap is the largest oil refinery located on the island of Java near Jakarta, Indonesia. It was built and is operated by PT Pertamina (Persero), Indonesia’s national oil company.

The refinery upgrade was initiated as part of the master plan for the economic development, acceleration and expansion of Indonesia. It is expected to be completed in 2021.

Pertamina creates 73% of the Indonesia’s fuel consumption. The company aims to increase the oil product output from the current 56 billion litres to 66.7 billion litres by 2021.

History of the Indonesian oil refinery

The first Cilacap oil refinery (FOC I) was built in 1974, with an initial capacity of 100,000bpd. The design, engineering, procurement and construction services for the project were provided by Fluor. The refinery’s capacity was later increased to 118,000bpd through a de-bottlenecking project.

The fourth Cilacap refinery unit became operational in September 2010. The oil processing capacity of the refinery was increased to 248,000bpd.

Indonesia is a major crude oil producer in south-east Asia, but it has recently been witnessing a widening gap between the oil consumption and demand, which has led it to depend largely on oil imports. The country is depending on diesel, gasoline and jet fuel imports due to the poor domestic refining capacity.

In the wake of increasing oil imports, the country decided to raise the investment in refineries in order to attain fuel self-sufficiency by increasing the production capacity and depend less on oil imports.

In accordance with the plans, Pertamina invested $1.4bn for the Cilacap refinery upgrade, which is expected to be completed by 2021.

The refinery’s upgrade includes construction of an RCC complex with a processing capacity of 62,000bpd.

“Pertamina invested $1.4bn for the Cilacap refinery upgrade, which is expected to be completed by 2021.”

It also includes construction of a residue fluid catalytic-cracking (RFCC) unit and a new LPG Merox unit. A propylene recovery, as well as gasoline hydro-treating units, will also be constructed as part of the project.

The addition of a new RFCC unit will help the refinery to increase fuel production. The new unit will produce fuel-air high-octane fuels, which are intended for meeting the EU’s EURO IV quality specifications. It will also assist in improving the production of liquid petroleum gases to approximately 350,000t a year.

In addition, the refinery will produce about 142,000t of propylene in a year. It will enhance the gasoline production at the refinery by 1.9 million kiloliters in a year.

The refinery upgrade project broke ground for construction in December 2011. Construction of the new RFCC unit began in January 2012. The construction is expected to take 39 months for its completion and will use between 6,000 and 8,000 workers.

Comprising GS Engineering and Construction and state-owned Adhi Karya, the Adhi-Goldstar consortium was awarded the construction contract for the RFCC unit at Cilacap refinery in September 2011.

Foster Wheeler was awarded the project management consultancy services contract for the refinery upgrade project in March 2012. The scope of contract includes managing the EPC contractor on behalf of Pertamina. The technology licensors for the new RFCC unit will be UOP and AXENS.

Saudi Aramco and PT Pertamina signed the heads of agreement (HoA) for the upgrade and expansion of the refinery, in November 2015.

The Tangguh gas fields, situated near the Bintuni Bay region of West Papua province, were discovered by ARCO Exploration in the mid-1990s.

The Donggi-Senoro LNG project involves the construction of a natural gas liquefaction plant near Luwuk in Central Sulawesi province, Indonesia.