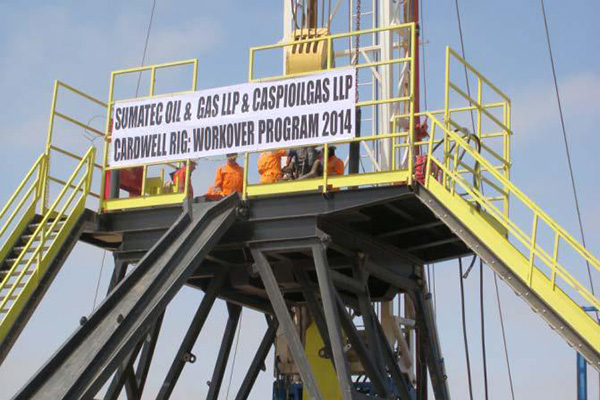 Rakushechnoye oil and gas field, also known as Shelly field, is located on the Mangyshlak Peninsula in the south-western Manghystau province, around 15km from the Caspian Sea. The onshore field covers an area of 354.45km² and has been appraised for 10% of the area so far.

Work-over activities on the field’s existing wells is being carried out by Sumatec Resources Berhad (Sumatec), through its wholly-owned subsidiary Sumatec Corporation. Initial production for the first work-over well commenced in January 2014, and the production capacity of the well is estimated to be 150 barrels of oil per day.

History of the Kazakhstani onshore field

The Bolashak oil and gas processing plant, located 40km north-west of Atyrau in Kazakhstan, was launched in June 2013.

The Rakushechnoye field was discovered in 1973, initial production started in 1978, and seismic survey of the field and the drilling of 47 exploration and production wells were completed by 1987. Production from the field was however halted in 1998.

A 25-year oil and gas concession was awarded to CaspiOilGas (COG) by the Ministry of Energy and Mineral Resources (now known as Ministry of Oil and Gas Kazakhstan) in August 2000, following which further well re-entry and research works, including the construction of field facilities, personnel camp and service facilities were carried out starting from 2004 and the field was recommissioned in 2007.

Under a framework agreement, an investment production sharing contract was awarded to Sumatec to develop and extract hydrocarbons from the field by CaspiOilGas (COG), and Markmore Energy (Labuan) (MELL), the owner of COG, in November 2011.

Sumatec further signed a joint investment agreement (JIA) with MELL and COG in March 2012 and formally took over the field operations in November 2013, by meeting the requirements set under the JIA.

Reserves and geology of the oil and gas field

The field is estimated to hold proven and probable recoverable reserve of 331.67 million barrels of oil equivalent (74.7mmbbl of oil and 257mmboe of natural gas). The reserves are expected to further increase when the southern part of the concession area, covering about 90% of the acreage, is appraised and tested.

The reservoirs are located within the Jurassic and Triassic formations at depths of 2,000m and 3,000m respectively.

"Sumatec will supply around 120 million standard cubic feet per day of gas to a potential gas buyer by 2017."

Initial works such as improvements to the road access, pad locations around each wellhead, well clean up works, and formation evaluation (wireline logging) activities started in February 2014. Rig operations at the field started in April 2014.

Sumatec will supply around 120 million standard cubic feet per day (mmscfd) of gas to a potential gas buyer by 2017, whereas the excess gas produced from the field will be re-injected into the reservoir for pressure maintenance and reservoir drive.

The work-over Cardwell rig for the field was constructed in Croatia. SRK Consulting assessed the field’s reserves.