27 million ton of LNG a year 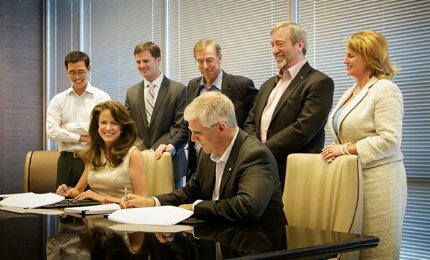 The LNG export facility will receive gas from the proposed 129 mile (207km)-long Rio Bravo pipeline. It will have a liquefaction capacity of 27 million tons of LNG a year, when fully operational. The terminal facilities will be developed in phases by Rio Grande LNG, a wholly-owned subsidiary of NextDecade.

Phase 1 of the RGLNG project is anticipated to attract a direct investment of $8bn. The project is estimated to employ 5,000 personnel during construction, in addition to creating up to 250 permanent jobs and a large number of indirect jobs during operations.

AES Sparrows Point LNG plans to construct and operate a new LNG import and regasification facility at the Sparrows Point Industrial Complex near Baltimore in Maryland, US.

The terminal will be built on approximately 1,000 acres of land on the northern shore of the Brownsville Ship Channel between Port Isabel and the Port of Brownsville, approximately seven miles (11.2km) away from the Gulf of Mexico.

NextDecade signed an option-to-lease agreement with the Port of Brownsville in March 2015 for the acquisition of land for the proposed LNG terminal.

NextDecade presented an official request to the Federal Energy Regulatory Commission (FERC) to begin the FERC pre-filing process for the project in March 2015. The request was accepted and the pre-filing process was initiated by the FERC in April 2015.

Chicago Bridge & Iron (CB&I) received a contract from NextDecade for the front end engineering and design (FEED) as well as engineering, procurement and construction (EPC) terms for the RGLNG project in May 2015.

A formal application will be submitted to the FERC for project’s approval in January 2016. The final approval is anticipated in February 2017.

Construction on the development is expected to begin in June 2017 and first production is expected in the fourth quarter of 2020.

The liquefaction and export facility will include six liquefaction trains. Each train with a nominal LNG output capacity of 4.5 million metric tons per year (mtpa) will be equipped with propane-mixed refrigerant (C3MR™) technology from air products and chemicals.

The terminal will also feature natural gas pre-treatment facilities, four 180,000m3 full containment LNG storage tanks, and truck loading facilities. Single pocket marine facilities will include two marine loading berths, which will have facilities for LNG receiving and loading. A turning basin will also be created next to the loading berth area to improve the manoeuvrability of the LNG tankers.

A ground flare system will also feature at the terminal for the safe disposal of vapour stream. Other infrastructure will include an administration building, a control room, a workshop, a storage depot, electrical equipment substations, enclosed structures for associated substructures, warded entrance, and security systems.

Contractors involved with the LNG project

CB&I was contracted to deliver the design and engineering services for the accomplishment of the FERC permitting process, as well as for preparing procurement plan of vital equipment before the final investment decision (FID).

CH-IV International will provide LNG engineering consulting services and will also be responsible to conduct safety and reliability studies. Moffat & Nichol will deliver FEED services for the marine facilities of the project.

Ecology & Environment was appointed as the environmental and permitting consultant for the RGLNG project. Fugro Consultants was selected to conduct topographic, geophysical and geo-technical surveys.