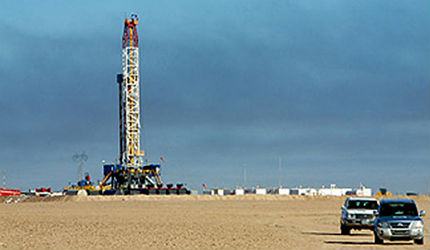 The Rumaila oil field is one of the largest oil fields in the world. It is located near Basra and about 20 miles from the Kuwaiti border in southern Iraq. It is spread over a 1,800km² area and is owned by Iraq.

In November 2009, BP and CNPC consortium signed a $15bn service contract with Iraq’s South Oil Company, for the development of the field. As per the contract, BP holds a 38% stake, and CNPC and State Oil Marketing Organisation (SOMO) hold a 37% and a 25% stake in the field respectively.

The expansion project will be managed by Rumaila Field Operating Organization (ROO), a joint venture between BP, CNPC and SOMO.

Demining is a challenge for the development of the field. In October 2010, six people died when a pile of mines and old ordnance exploded at the field.

"More than 200 production wells are operating in the field currently."

The field was discovered by British Petroleum (BP) in 1953. Production cbegan in 1972. The field contains oil at about 2,400m below the surface. More than 200 production wells are operating in the field currently.

BP and CNPC consortium aims to expand the field’s production to about 2.85 million barrels per day in the next five years. Rumaila will become the second largest oil field in the world after Saudi Arabia’s Ghawar field, if the targeted production is reached. The field’s oil reserves are estimated at 17 billion barrels.

The 1,880km Iran-Pakistan pipeline is being built to carry natural gas from Iran’s South Pars field to Baluchistan and Sindh provinces in Pakistan.

Mott MacDonald was awarded a contract in April 2010 to deliver accommodation and offices for 300 people at the Rumaila field development site. The work was divided into packages that included clearing of mines and unexploded ordnance from the site before construction, and construction of the perimeter defences, infrastructure and buildings.

The accommodation was designed in mini villages and clusters, which include offices, kitchens and dining rooms, a mosque, shops, and clinic and sports facilities. Other facilities such as water and sewage treatment plants, power generation, garages and petrol stations were also planned.

Contracts for expansion of the Rumaila oil field

In March 2010, three contracts worth $500m were awarded for drilling 49 wells as part of the programme to expand the oil field. As part of the contract, Weatherford International will drill seven wells. Schlumberger and Iraqi Drilling and Daqing Oil Field will drill 21 wells each.

"In March 2010, three contracts worth $500m were awarded for drilling 49 wells as part of the programme to expand the oil field."

WorleyParsons was awarded a contract in February 2011 for the conceptual design, front end engineering design (FEED), and minimum work obligations and integrated project management team (IPMT) services for boosting the production at the field.

In June 2011, Petrofac was awarded a contract worth $90m to provide inspection, maintenance and repair services at the field. The scope of work includes rotating machinery, degassing stations and cluster stations.

In September 2011, GE Oil and Gas was awarded a $40m contract to supply integrated packages of pumps, gas engines and additional equipment for water re-injection operations at the field to increase production. The equipment is expected to be delivered to the field by the second half of 2012.

In June 2012, ROO awarded Cameron a $100m supply contract. The scope of the contract includes supply of equipment for new wells and rehabilitation of existing wells for the next three years.