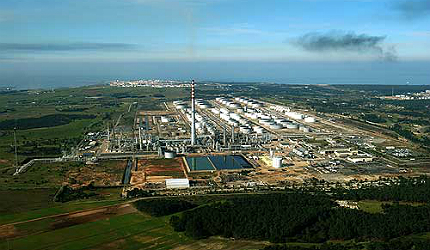 Galp Energia’s Sines refinery is located in the Port of Sines in Portugal. It is one of the largest refineries in Europe, with an annual processing capacity of 10.8mt. It commenced operations in 1978 and has since been modified since to add conversion units.

In 2007, an expansion project, called the deep conversion project, which would add new conversion units to the refinery, was planned. The €1.4bn project was completed in third quarter of 2012. The hydrocracker began commercial production operations in January 2013.

The deep conversion project was launched to modify the refinery’s production profile to suit the fuel needs of the region. Diesel is in short supply in the region and a shift towards diesel from gasoline is expected in future. Demand for diesel in the region is, therefore, anticipated to increase.

“It is one of the largest refineries in Europe, with an annual processing capacity of 10.8mt.”

The project incorporated state-of-the-art technology at the refinery to produce higher quantities of diesel. Following completion of the project, rates of diesel production increased by 2.5mt/y.

Construction on the project commenced in December 2008. A new hydrocracker unit, which produces diesel and aviation fuel, was added to the refinery. The new unit uses Chevron’s deep-conversion Isocracking technology. It processes 43,000bpd of heavy vacuum gas oil, which is used to produce Euro 5 compliant diesel.

The new units occupy 28ha of the site. The existing units at the refinery were also modified and upgraded. These units included the crude distillation unit, vacuum distillation unit, visbreaker unit, fluid catalytic cracker unit and utilities and offsites.

“Diesel is in short supply in the region and a shift towards diesel from gasoline is expected in future.”

Set Linings won a contract for providing 900m³ of refractory lining for the steam reformer. The contract was awarded in 2010 and completed in four months.

In April 2010, ALE completed the transport and lifting of two reactors, a stripper and a fractionator for the conversion project. The reactors were transported from Italy to Portugal on a 1,800t self-geared vessel. They were erected using ALE’s new Terex Demag CC8800-1 crane.

Ringo Valvulas provided 16 units of Top Entry ball valves for the refinery. The valves are operated by ROTORK or METSO pneumatic actuators and are designed to withstand temperatures of more than 300°C.

Fluor Corporation was awarded the contract for the construction of the hydrodesulphurisation unit in 2002. Fluor subcontracted TPF Planege for erection of the unit.

Saratov oil refinery is located in the city of Saratov, Russia. It was commissioned in April 1934 and can process 7mt of crude annually.