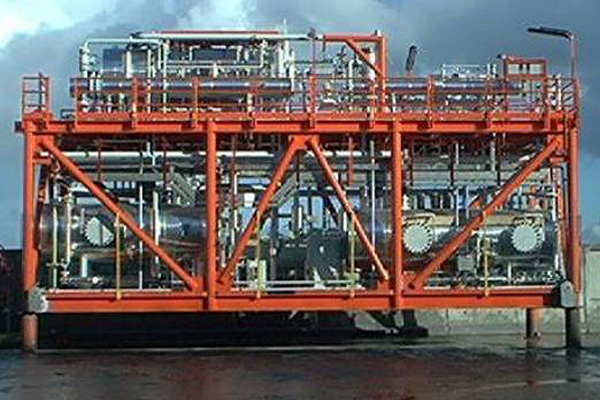 The refinery achieved a production milestone of one million barrels of premium diesel and gasoline in August 2016.

Tout Lui Faut Refinery originally opened in 1997 and consists of a vacuum distillation unit and a visbreaker unit with a processing capacity of 7,000 barrels a day of diesel and fuel oil.

The new facilities added during the expansion have increased the processing capacity to 16,177 barrels a day of diesel (EURO IV type), fuel oil and asphalt bitumen for the local market and sulphuric acid for export by the first half of 2017.

The project was implemented with the intention of allow Suriname to be completely self-sufficient in its production and usage of engine fuels.

The refinery expansion project was originally planned in 2002. Two Front End Design (FED) phases were carried out from 2002 to 2007.

The final design for the expansion was carried out by the Chicago Bridge & Iron Company (CB&I) subsidiary CB&I Lummus, which also designed and built the existing refinery.

The embankment of the project site, featuring 2.5m of river sand, as well as construction of a jetty along the adjacent Suriname River and placement of the supports for the new storage tanks were all carried out by Boskalis International prior to the commencement of the main construction works.

Staatsolie Maatschappij Suriname provided funding for approximately 75% of the $1bn expansion project, while $275m was borrowed from ING, Credit Suisse and other regional banks.

Local bonds worth roughly A$55m were also issued in support of the project.

Mangalore Refinery and Petrochemicals Limited (MRPL) is located in the city of Mangalore about 350km from Bangalore in the state of Karnataka, India.

The Staatsolie Refinery Expansion Project (REP) is built on a nine-hectare area located east of the existing refinery.

Staatsolie ordered approximately 600 custom-made components for use during the project from manufacturers situated worldwide.

A 700t hydrocracker reactor produces diesel oil, while an 180t vacuum tower is used as the feeding module.

The two facilities were shipped to the project site in March 2013.

The new refinery is equipped with Hitachi’s Tribune compressors. The Hydrogen compressors used for the gasoline units were constructed by Dresser Rand.

A Pressure Swing Adsorption (PSA) unit was installed in February 2013 for purifying hydrogen from the hydrogen production unit.

The PSA unit consists of a large vessel measuring 22m in height and four metres in diameter, which weighs approximately 30t.

“Staatsolie ordered approximately 600 custom-made components from manufacturers situated worldwide for use during the project.“

The 27m-high valve skid for the vessels weighs approximately 30t and measures four metres in diameter.

Other support facilities such as a wastewater treatment plant, thermo-physical deaerator, pipe racks, storage tanks and fuel package boilers were constructed as part of the refinery expansion initiative.

The two fire tube heavy fuel package boilers produce 12t of steam an hour at a temperature of 260°C.

A total of 373 steel piles and 13.5m-tall pipe racks were installed at the project site.

Eleven storage tanks and two water tanks were also constructed as part of the project.

Saipem was awarded the $424m engineering, procurement and construction (EPC) contract for the refinery expansion project in September 2009.

A joint venture (JV) comprising IREM and SICES provided the mechanical contractor for the project.

The JV installed the first pipe racks for the project in October 2012.

The hydrocracker reactor and vacuum tower for the project were manufactured by Larsen & Toubro.

Bono Artes has been contracted to construct the wastewater treatment plant and thermo-physical deaerator, while the two fire tube heavy fuel package boilers were supplied by Bono Energia.

Skema provided design, manufacturing, inspection and testing services for the switchboards and all the electrical control and monitoring systems (ECMS).

Techimp Impianti performed the electrical and instrumentation works for the expansion project.