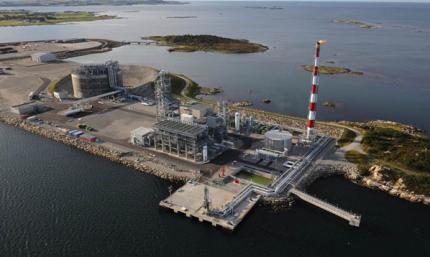 The proposal to construct the plant was approved by the government of Quebec, and the facility is estimated to be completed at a cost of $800m by 2018. The project is planned to supply liquefied natural gas to industries in Quebec that are not already covered by the available natural gas pipeline distribution network.

Based on a LNG model developed by Skangass in Norway, the project involves LNG production at the Bécancour Waterfront Industrial Park and transporting it by small carriers (LNG carrier, truck or rail) to customers. Re-gasification of LNG will be performed onsite for use by the customers.

The project is also planned to supply LNG to industrial customers based outside Quebec, in Atlantic Provinces and northern Canada. The first phase of the project is estimated to be constructed at a cost of approximately $488m.

“The location is also home to a workforce of 200,000 that will aid in the project development.”

The plant is being constructed in an area of 7.4ha, with the port in close proximity for shipping LNG through LNG carriers.

The location is also home to a workforce of 200,000 that will aid in the project development.

The plant will have facilities for the production, storage, loading and transportation of LNG. It is proposed to be equipped with one or two liquefaction trains each with a production capacity of 1,400mt/d. The plant will produce 1m tonnes of LNG a year, which is equivalent to 2,800t of LNG a day.

A full-containment cryogenic tank measuring 44m in diameter and 50m-high with a holding capacity of 50,000m³ will store the LNG.

The plant will be serviced by LNG ships between 150m and 160m-long and 23m-wide, and have a draught between 7m and 9m. The frequency of the ships docking at the port will be up to three, each having an average storage capacity of 15,000m³.

The liquefaction plant will require 1,330mmscf/y of natural gas that will be supplied by Gaz Métro’s distribution network. The pipeline network will supply natural gas via a 2,400kPa high-pressure underground line.

The distribution line is sourced by two under-river ducts that form a loop circuit and connect the industrial park area with the Trans Québec and Maritime (TQM) delivery stations.

“The project is expected to boost Quebec’s economy by creating employment opportunities and bringing in more revenue.”

The project is expected to boost Quebec’s economy by creating employment opportunities and bringing in more revenue.

The plant is estimated to generate more than 250 jobs during construction and an additional 50 direct jobs during its estimated 30 to 50 years of operation.

The project will provide access to a clean and stable fuel to businesses and industries that are not connected to the existing natural gas distribution network. The air quality is also expected to improve as more companies would replace fuel oil with natural gas, leading to a reduction in their carbon footprint and low emission rates.

Major partnership agreements have been signed with two leading Quebec companies, Petro-Nav, which is specialised in maritime transport of bulk liquids, and Servitank, which deals in warehousing and delivery of bulk products and hazardous materials.