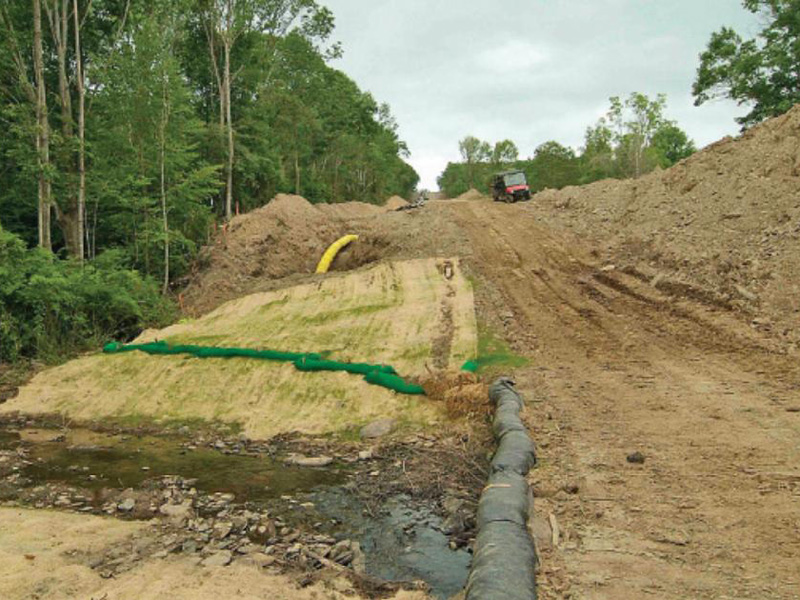 Sunbury Pipeline is a 35mi (56km) long pipeline owned and operated by UGI Energy Services, through its subsidiary UGI Sunbury, to transport natural gas for domestic users and businesses in Central Pennsylvania, US.

The Federal Energy Regulatory Commission (FERC) granted a certificate of public convenience and necessity to UGI Sunbury for the pipeline’s construction in May 2016.

Construction on the proposed natural gas pipeline is expected to start in the second quarter of 2016 and will take approximately 11 months to complete. The new pipeline was commissioned in early 2017.

The pipeline supplies low-cost natural gas to meet the growing demands of the natural gas markets in Central Pennsylvania.

It also supplies natural gas to Hummel Station, which is a natural gas-fuelled power plant at the existing site of the coal-fired Sunbury Generation power plant.

The 20in-diameter steel pipeline is designed to deliver up to 200,000 decatherms (Dth) of natural gas per day.

The pipeline originates in the eastern Lycoming County and heads southwards to Montour, Northumberland, and Union counties, before ending at the Hummel Station near Shamokin Dam in the Snyder County.

It features receipt point interconnections to feed natural gas into the the UGI distribution system, including UGI Penn Natural Gas (UGI Penn) and UGI Central Penn Gas (UGI Central Penn), as well as the interstate pipeline systems of the Transcontinental Gas Pipe Line Company (Transco) and the MARC I Pipeline (MARC I), which are also connected to the route.

At the northern terminus point, the pipeline is installed with an integrated receiving station with two receipt point interconnections with Transco and MARC I in Franklin Township, Lycoming County.

The southern terminus of the pipeline in Snyder County contains a delivery station or receiver for Hummel Station.

The work area for the digging of the pipleine’s trench and installation varied in width from 90ft to 125ft depending on factors such as terrain, existing structures along the route and waterways.

“The 20in-diameter steel pipeline is designed to deliver up to 200,000 decatherms (Dth) of natural gas per day.”

The pipeline was installed to a depth of 30in to 36in, while in areas of agriculture practices or other conditions it was placed at depths ranging between 48in and 60in underground.

In addition, the pipeline has above-ground equipment such as meter stations, valves and compressors along the route.

The construction also involved fitting the pipe into the trenches by welding the pipe joints. Each weld was checked by either visual or ultrasound inspection.

The pipeline was filled with water and pressurised to a higher level for approximately eight hours using a process known as hydrostatic testing.

It is monitored 24 / 7 from a gas control centre by UGI Energy Services in order to check the transfer rate, operating pressures and temperature throughout the pipeline.

Benefits of the project

The pipeline project created approximately 500 jobs during the construction phase . It also created a new delivery link between low-cost, natural-gas-producing areas in Pennsylvania and natural-gas-consuming areas across the region.

It is also supporting the conversion of the current coal-fired Sunbury Generation site into a natural gas-fired facility to generate electricity from clean-burning natural gas, resulting in fewer NOx emissions and no sulphur dioxide, mercury or particulate pollution.