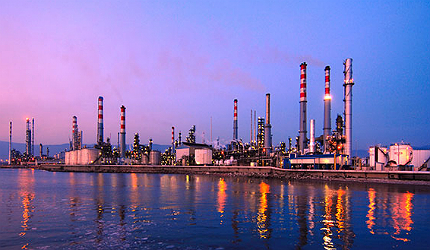 TUPRAS has initiated several expansions at the Izmit refinery, the latest of which is the residuum upgrade project (RUP), which is expected to be completed in 2014.

The company also announced investment in a new kerosene treating plant at the refinery in 2010. Tekfen Engineering was appointed with the engineering and procurement contract for the new plant. The works on the new plant were started in February 2010 and are currently in progress.

History of the Turkish refinery

The Turkish Izmit refinery was built in 1960 and started refining operations in 1961 with a processing capacity of one million ton per annum (mtpa).

It was originally established by İstanbul Petroleum Refinery Corp. (İPRAŞ) and witnessed expansions and debottlenecking twice to reach a processing capacity of 11.5mtpa by 1982.

A consortium of Tekfen Construction and Installation and Italy-based Snamprogetti installed a unicracker and added a continuous catalyst regenerator to the existing reformer unit at the refinery between 1993 and 1996. The upgrade improved the processing and productivity of the refinery.

Output from the crude oil refinery

"TUPRAS has initiated several expansions at the Izmit refinery, the latest of which is the residuum upgrade project."

Recent upgrades at the refinery included the commissioning of a gasoline specifications upgrading unit in April 2009 and replacement of an existing catalyst in the diesel desulphurisation unit, to increase diesel production capacity by 150,000t.

The vacuum column has been modernised at a cost of $900,000 to improve energy savings. It has enabled the production of crude oil with lower asphaltic values. Load control systems were also installed at the make-up compressors of the hydrocracker unit in August 2010 to save energy.

The flare gas recycling project to recycle more flare gas was completed in July 2010. Gasoline and fuel blending systems were commissioned in December 2010 and the tanker filling system was expanded in capacity.

TUPRAS launched the RUP project at the İzmit refinery in 2011 in order to process low value fuel oil into valuable hydrocarbons. The project is expected to cost $2.4bn.

The project will enable the refinery to process 4.2mt of high sulphur fuel oil and produce 3.5mt of high quality diesel / jet fuel, gasoline and LPG at Euro-V standards. It will also enable the production of 690,000t of petroleum coke and 86,000t of sulphur.

The project will require 5,000 people at the peak time of construction. It is expected to be completed by September 2014.

The RUP project will significantly upgrade the technology used at the refinery. The new hydrocraking unit to be installed will have the highest design pressure in the world. The 180m high flare will be the second tallest in the world.

Tecnicas Reunidas was awarded with a lump sum turnkey contract for the residuum upgrade project. The technology required for the upgrade is being licensed from Shell GSI, Foster Wheeler USA, UOP and Technip.

"TUPRAS launched the RUP project at the İzmit refinery in 2011 in order to process low value fuel oil into valuable hydrocarbons."

Aalborg Engineering was awarded with a contract to design, procure, erect and commission a single-pressure heat recovery steam generator for the refinery.

Aalborg will supply and commission its Frame 6 gas turbine and SteamGenTM8 boiler as part of the contract. The commissioning is expected to be completed by 2013. The new generator will replace the existing GAMA generator.

TIMEX Filtration and Water Systems was contracted to supply a 3,000m3/h crude oil filtration system for the refinery in 2011. The system comprises of two basket type strainer filters.

Thanks to bilateral agreements between Greece, Turkey and Italy, the Turkey-Greece-Italy pipeline project is now a reality.

Trans-Anatolian Pipeline (TAP), also known as the Samsun-Ceyhan Pipeline, is being laid in Turkey to transport oil from the Samsun terminal on the Black Sea to the Ceyhan terminal in the Mediterranean.